75% of all EU traffic prosecutions are from France

It’s official…  Police in France prosecute more British drivers than any other country!

The UK signed up to a scheme in 2017, which allows authorities across Europe to request details of drivers who have broken the law abroad.

New figures reveal that France alone has accounted for THREE QUARTERS of all requests over the past five months from 18 European countries.

The data, obtained by AlcoSense Breathalysers under a FOI request, shows that France received the details of 246,138 British motorists between February and June.

This compares with 325,145 requests from the whole of Europe put together.  DVLA in Swansea started to receive these requests at the end of January this year, under the Mutual Legal Assistance agreement.

Germany came second, asking DVLA for the home addresses of 22,845 British drivers – less than a tenth of the French figure.

“They must take care not to exceed the speed limit – and carry a high viz jacket for every passenger, a warning triangle, spare bulbs, headlamp beam deflectors, a GB sticker and a single-use ‘NF approved’ breathalyser”.

The drink drive limit is also lower in France and other European countries, at 0.5mg of alcohol per mL of blood – compared with 0.8mg in England and Wales.

The limit is even lower in Poland, Norway and Sweden at 0.2mg per mL.

And in the Czech Republic, Hungary, Slovakia and Russia there’s zero tolerance.

“Although taking an NF approved breathalyser with you is a legal requirement in France, it’s a good idea when driving in any country.  It removes the guesswork about whether you’re clear of alcohol the morning after, with Europe having much stricter limits than the UK,” adds Hunter Abbott from AlcoSense.

“It’s far easier than you think to still be under the influence the morning after a few drinks the night before.  If you drank four pints of medium-strong beer or four large glasses of wine, it could take as long as 14 hours for the alcohol to clear your system”.

You’re also far more likely to be stopped and breathalysed by Police abroad.

The AlcoSense Excel breathalyser can be adjusted by the user to any limit worldwide, whilst the AlcoSense Pro comes with a pre-loaded database of European, US and Australian limits. 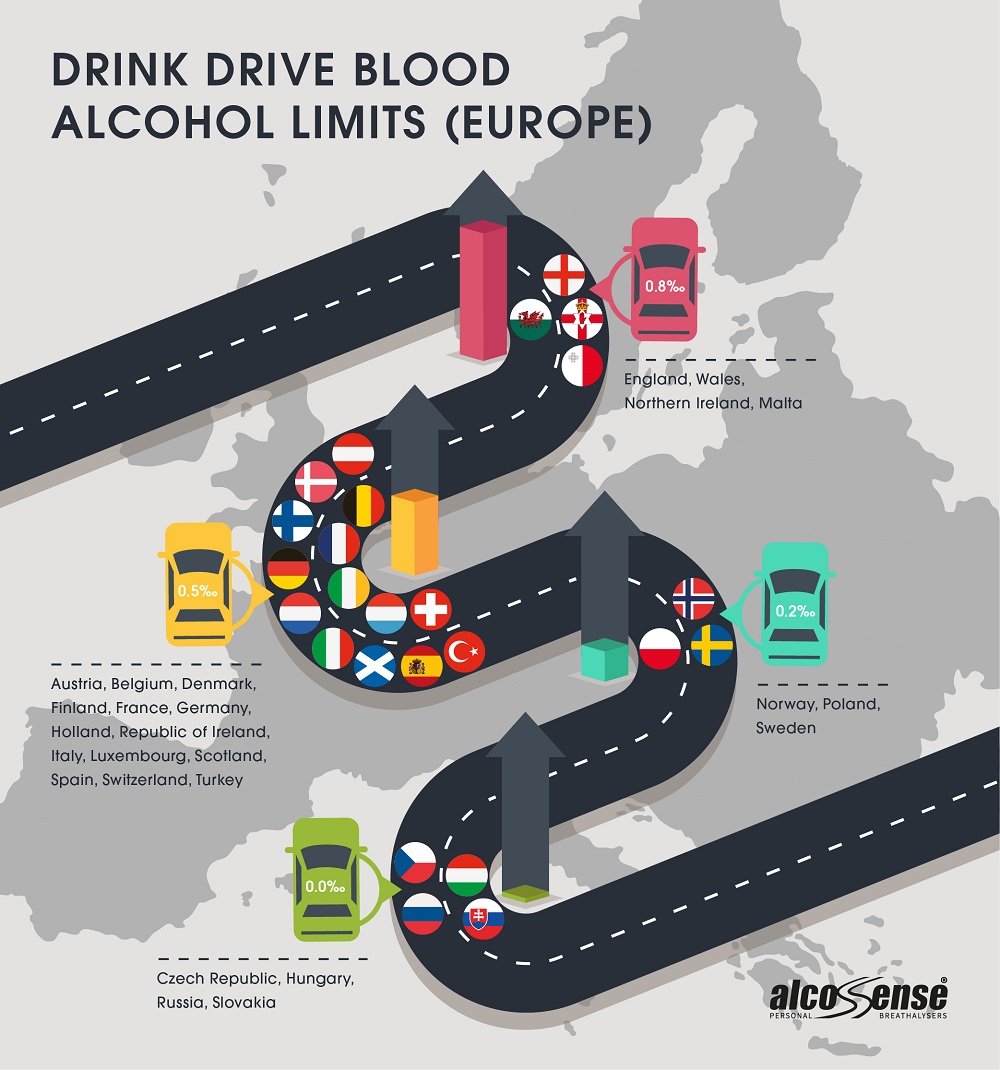