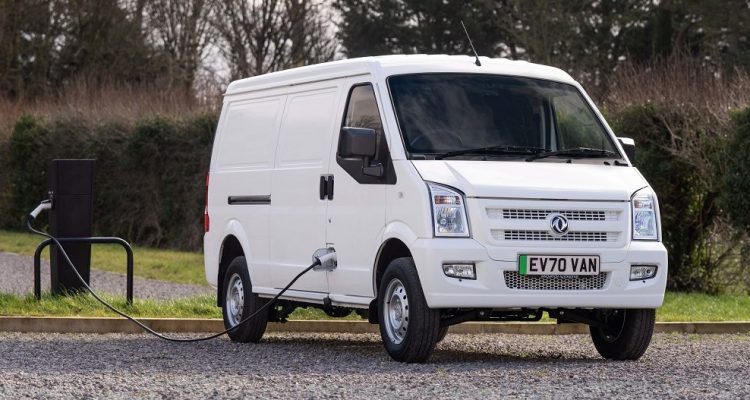 Transport managers use telematics systems for monitoring tasks that range from vehicle tracking to incident recording, all with the aim to improve the efficiency of their vehicles and drivers.

Because telematics companies provide such a large suite of options, transport companies will typically choose the ones that will work best for their business.

It has incorporated a programme of data capture, monitoring, reviewing and rating, which the family-run business says has brought significant improvements in driver safety and fuel economy.

Orbcomm’s system enables fleet managers to monitor driving behaviours in situations such as fast cornering, harsh braking, over speeding, use of cruise control and idling, as well as MPG.

Drivers across its depots are then assigned a score of green, amber or red.

By using performance scoring data, the company has seen a steady increase in drivers awarded green status, rising from 30% to 50%.

The number of those in the red category, where behaviours are riskier and inefficient, have also fallen from 20% to 10%.

For AF Blakemore, the weekly driver performance data is not about criticising individual drivers, but opening a conversation with them and helping them improve. 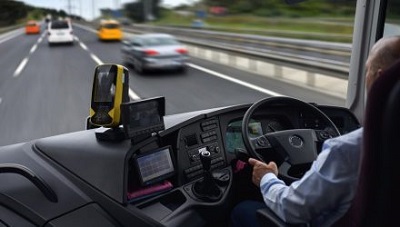 Dave Higgs, Group Logistics Compliance Manager, said: “You know, drivers come in and say, ‘I’m driving this vehicle as best I can’, and we can say, ‘no, you’re not’. But it’s just a matter of speaking to them.”

Hovis Logistics completes about 1.2 million customer deliveries per year, with a fleet of 250 trailers and 400 vehicles ranging in size from 7.2 up to 15 tons.

Since 2015, it has used the Microlise connected solution, initially to support improved fleet safety and utilisation and driver performance.

Subsequently it has added Journey Management to the solution, with clear colour codes indicating early, on-time and late estimated times of arrival (ETA).

It has also adopted the Safety module, including telemetry and forward facing cameras, which gives the company all the data it needs to thoroughly analyse any type of incident.

In addition, the company has deployed Incident Analysis as well as Microlise’s Proof of Delivery solution.

Since the implementation of Microlise, Hovis has seen a marked improvement in fleet visibility, utilisation, efficiency, driver performance and safety metrics, as well as a 62% reduction in accidents.

Adam Bassant, General Manager Logistics at Hovis, said: “I couldn’t envisage running our business without having the right telemetry and data tools in place.

“The Driver Performance module acts as a great educational tool, when drivers see the metrics, they naturally want to improve on what they’re doing.

“It really works – 95% of our drivers are currently in the top ABC driving band. When you have a team of 600 drivers operating across the road network that is a real achievement.”

Aberdeen-based Caledonian Logistics currently uses the MyGeotab fleet dashboard to monitor driver behaviour citing easy installation, ease of use and the flexibility of a shorter, 12-month contract compared with its previous provider.

Caledonian has also used the Geotab system to identify and catch an employee who was stealing fuel.

Gary Hughes, Fleet Maintenance Manager at Caledonian Logistics Limited, said: “Geotab helped me pinpoint when and how they were doing it making any investigation a lot shorter.”

He added: “If there are any alerts to say that we’ve got a group of drivers or a driver where there’s an issue with their driving behaviour, then we’ll look at them more closely.

“I can give you a league table of drivers at the touch of a button, and for me that’s brilliant.

“And it also gives us a dashboard that shows you immediately if you’ve got any ‘red’ drivers, which means somebody you need to have a word with sooner rather than later.”

Teletrac Navman recently signed a contract with Asco, to supply its mobile asset and fleet management technology for the logistics company’s 350-strong UK fleet of vehicles.

The system can be voice activated with users receiving visual results in response, allowing teams to rapidly share data and identify anomalies and patterns in their data.

It includes the checklist app Pre-Trip, in which drivers complete digital checklists such as vehicle pre-trip inspections and driver fit-for-duty assessments. 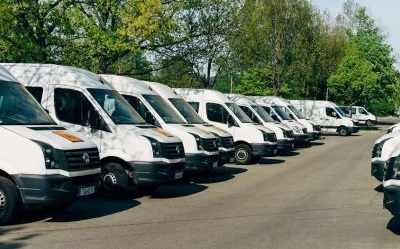 Peter Millichap, Marketing Director at Teletrac Navman UK, said: “Our primary aim is to ensure that our customers can access the most relevant and accurate telematics data from their fleets, without the complexity and inefficiency of paper or spreadsheets.

“As the world advances across all areas to become more digital, and the transport and logistics industry pushes towards a safer and more sustainable future, it’s imperative that fleet managers can access data and make decisions for the betterment of their business and the industry as a whole.”

ODS, which manages a 300-strong fleet of vehicles to maintain Oxford City Council’s housing stock, parks, highways, streets and waste disposal, relies on the telematics data to identify the most suitable vehicles to swap for electric models.

The firm says its software is also helping optimise EV charging efficiencies and cut fuel use by improving driver behaviour.

ODS has already purchased 50 electric vehicles for its inner city fleet, including an electric refuse truck, a JCB and two tippers and it is aiming to replace at least 25% of its ICE fleet by 2023.

Owain Pearce, ODS Transport Manager, said: “The published ranges of EVs, based on dynamometer testing, can often be lower in real world conditions, with load, temperature, terrain and driving behaviour all affecting performance.

“With Webfleet reporting, we can see what daily real world mileages are being achieved by both ICE and electric vehicles, along with criteria ranging from road types to standstill times, signposting vehicles’ true EV potential, total cost of ownership and emissions savings.”

Whether the goal is driver training or making the business more efficient generally, telematics systems are becoming an increasing essential tool for fleet managers.