Why does the price of diesel rise when the temperature drops 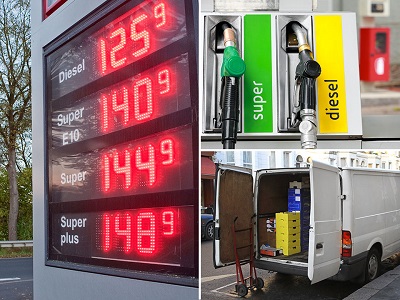 Following the recent attacks on a refinery in Saudi Arabia, the cost of fuel is likely to rise. Loss of production is a major factor in the price of a barrel of oil – the simple application of supply and demand.

However, when it comes to the price of fuel, other factors play their part.

Firstly, oil is traded in dollars, so when the pound fluctuates against the dollar, this can have a knock-on effect on the price we pay for a barrel of oil.

Secondly, the way a barrel of oil is refined can add further costs. Fractional distillation splits the oil into its usable end products; petrol, bottled gas, LPG, diesel and bitumen to name just a few. Some of these products can be more expensive to refine than others.

Finally, 5% of the price goes to the retailer to cover their costs such as delivery, premises and pumps, staff wages etc. along with a small amount of profit.

But why should the seasons play a part in the price of fuel and in particular diesel? From the end of September through to spring of the following year, the price of diesel rises as a result of the grades of diesel manufactured and used in cold weather. These grades are more expensive as they have more restrictive cold properties such as cloud point or wax appearance temperature (WAT) and wax precipitation temperature (WPT).

However, petrol, being a lighter fuel, is easier to produce as lower temperatures allow a shift to a different Reid vapour pressure enabling lighter molecules to be used in its production. The Reid vapour pressure (RVP) is a measure of the volatility of petrol, and how easy it is for it to turn into a gas. The warmer the weather, the more likely petrol will become gaseous and evaporate.