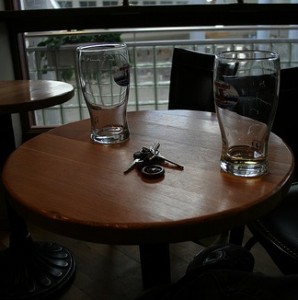 Party-goers should help prevent Christmas tragedies by standing up to designated drivers who drink alcohol, Brake have insisted.

Research revealed today by the road safety charity and Direct Line shows that public attitudes towards drink-driving have shifted massively over the past decade.

However, while the majority of drivers support a zero-tolerance approach, passengers are struggling to stand up to those who do drink and drive.

Figures from Brake’s survey show 68% will not drive after having a drink, compared to 49% ten years ago, with 81% never driving the morning after – up from 72%.

However, 10% admit driving after drinking so much they think they were over the legal limit.

Meanwhile, only 36% said they would refuse to travel with a drinking designated driver, with 12% claiming they have been a passenger to a drink-driver over the limit.

Julie Townsend, Deputy Chief Executive at Brake, said: “Public attitudes towards drink driving have shifted dramatically, yet people are still being killed and injured by those who continue to take this inexcusable risk.

“We need action from government to rectify this and put a stop to the carnage that continues to result.

“Our current drink drive limit is a dangerous relic: research has shown a lower limit is far safer; hence almost all other countries in Europe have reduced theirs.

“Most people are on board with zero tolerance on drink driving, and the government must respond.

“Reducing the limit to 20mg would send a clear message that any amount of alcohol before driving is a dangerous risk that’s never worth it.

“We are also appealing to everyone to look after themselves, family and friends this festive season, by planning ahead to get home safely and speaking out against drink-driving.

“If you drive, pledge to never drink any alcohol before getting behind the wheel, and if you have a designated driver, make sure they stay completely off the booze.”

In 2012, 280 people were killed and 1,210 suffered serious injuries in crashes caused by drivers over the drink-drive limit.

It is estimated a further 65 deaths are caused annually by drivers who have been drinking but are under the limit.

Rob Miles, Director of Motor at Direct Line, added: “Worryingly, one in eight people have been a passenger in a car when they’ve suspected the driver may have been over the drink-drive limit.

“We’re calling on motorists and passengers alike to be responsible and prevent drink-driving when they have any concerns about the driver being over the limit or otherwise unsafe.”

Image courtesy of tnessy, with thanks.