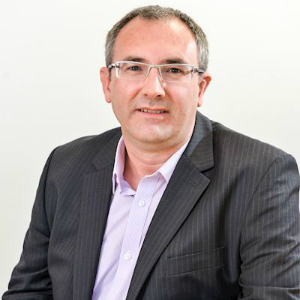 While cuts are not necessarily on the cards, fleet operators will be hoping that the Chancellor announces a timely reduction in fuel duty in his Autumn Statement this week, or else agrees to freeze duty for a set time period. They will also be hoping that VED remains unchanged for the time being.  With the current economic situation still full of uncertainties, and the country experiencing a post-Brexit slump, no change may be the best the industry should hope for.

As the costs of running a fleet have risen sharply, a cut in fuel duty would be especially welcome amongst fleet managers. While factors such as increased congestion charges and a rise in the National Minimum Wage have contributed to these growing costs, inflated fuel prices have also played a huge part. At the end of 2014, fleet operators were able to take advantage of paying less for fuel but since February 2016, prices have been gradually increasing. At the beginning of the year, fleets were paying approximately £1 per litre. Today, that cost has risen to £1.19 per litre, increasing running costs by 19% for businesses with fleets.

Even more concerning is that these cost increases don’t appear to be slowing down, particularly when seasonal increases kick in and Consumer Price Inflation are taken into account. If the Chancellor decides to cut or freeze fuel duty, this would send a positive signal to the industry. It would also allow fleet managers to invest their money in other activities, such as technology which encourages drivers to act more safely or drive more sustainably.

However, it’s not just fuel duty which could be affected in this year’s Autumn Statement. Fleet managers are also concerned about how VED changes might impact them in the future. Air pollution is becoming an important factor in government policy, especially after a high court recently ruled that the government’s current plans to tackle it were so poor that it had broken the law. Despite the government being under cosh to deliver some improvement to air quality quickly, the Chancellor is unlikely to use VED to achieve this in the short term because of the potential industry repercussions. Any decision to increase VED would be extremely costly for the fleet industry and the government would face considerable pressure to introduce a scrappage scheme. Even if the Chancellor stops short of doing anything to change VED now, a rise is still likely to happen in the future and high-polluting vehicles will bear the burden of the increase.

With Brexit uncertainties still playing on the mind of not only the Chancellor but businesses across industry sectors, this year’s Autumn Statement will certainly be an interesting one and is more difficult to predict than usual. For fleet managers, minimal changes to current duty may be the best that fleets can hope for.