New research from the UK’s largest independent road safety charity, IAM RoadSmart, has revealed some positive long-term trends in relation to speeding behaviour in the UK with motorists now considering it less acceptable to speed than they did five years ago. 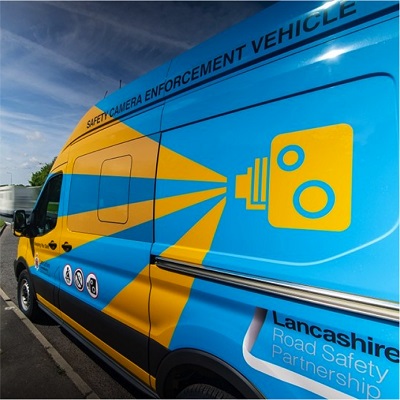 These high visibility vehicles are operated by Lancashire Constabulary

The findings come after recent provisional figures, released by the Department for Transport, highlighted that the number of UK road deaths was down significantly compared to the previous year due to less traffic being on the roads due to COVID-19.

IAM RoadSmart’s annual Safety Culture Report, which tracks drivers’ changing attitudes to key road safety issues over time, discovered that while there was a significant improvement towards speeding the figures were still worryingly high.

Neil Greig, IAM RoadSmart Director of Policy & Research, said: “While there are signs of improvement, the results of this survey are still deeply concerning and there is clearly much more work to do on education and training.

“Speeding consistently causes more than 4,400 casualties on UK roads each year, which is an average of 12 people a day killed or injured on UK roads.”

The vast majority of drivers find it unacceptable to speed in towns and this has remained basically unchanged in the last five years. However, a disconcerting one in five of those surveyed still think it is acceptable to drive five miles-per-hour over the speed limit on a residential street and nearly one in ten thought it was acceptable to drive at these speeds outside a school.