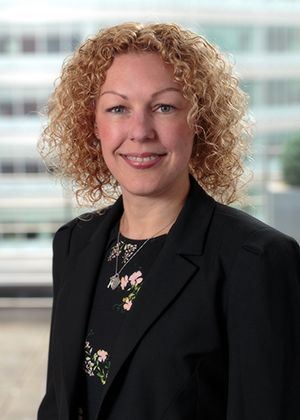 The gap between the European Union’s (EU) 2020 target for reducing the number of deaths caused by road traffic accidents and the actual number of incidents is increasing.

Despite the total number of deaths caused by road traffic accidents decreasing by 20% since 2010, Europe is 18% behind the -38% target expected for 2017, according to data from the European Transport Safety Council. As a result, the number of road deaths has declined by just 3% since 2013 and by just 2% between 2016 and 2017.

Joanne Brine, Partner at JMW Solicitors and accidents abroad specialist, said: “While it is positive to see a decline in the number of deaths caused by road traffic accidents, there are still many lives lost on European roads, and many more left with life-changing injuries. Road safety is, of course, a priority for many EU countries, which must work collectively to ensure our roads are the safest in the world; however, more can be done to better protect us.”

In 2017, there were an average 53.2 road fatalities per one million inhabitants in EU member states, resulting in 50 road deaths per minute. While countries such as Norway (-21.5%), Ireland (-15.6%) and Denmark (-13.3%) showed considerable progress in improving road safety, others have fallen behind. Popular holiday destinations such as Cyprus (15.2%), Portugal (10.9%), Italy (1.7%) and Spain (0.9%) have seen increases in the number of fatalities caused by road traffic accidents.

Joanne said: “In destinations that are popular amongst UK holidaymakers, it is important that people who are planning to drive while abroad are aware of the different laws and rules that driving in these foreign countries entails ensuring they are doing everything they can to limit the chances of a road accident.

“We are also concerned that a no-deal Brexit could mean that UK residents are denied compensation and access to justice if they are injured in a road traffic accident in Europe. If no deal is negotiated, it may not be possible to bring a claim in England or Wales, meaning a claim would have to be pursued in the country where the accident occurred. Furthermore, if an accident was caused by an uninsured or untraced driver, the right to compensation and redress may be lost entirely.

“Frequently, it can be the simplest things that catch drivers out when they are driving in Europe and there are a number of mistakes that are commonly made by UK drivers. These include driving in the wrong lane, not having the correct equipment in your vehicle and not accounting for changes in climate.”

To help holidaymakers understand what is required of them when driving abroad, JMW has created a guide outlining the common mistakes to avoid when driving in another country. The law firm has also produced an interactive map outlining the different rules and regulations for driving in European countries.