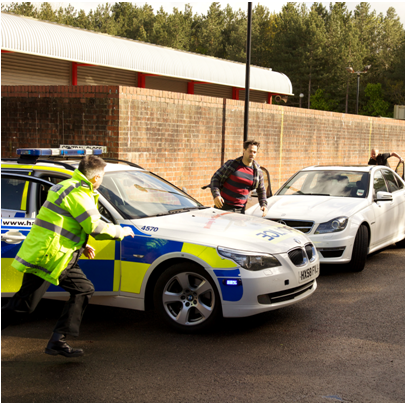 Nearly three out of four (70%) premium cars stolen are taken using the vehicle’s own keys, figures show, with the average value of cars stolen and recovered in 2013 rising to £40,000.

Vehicle tracking company Cobra UK report an average police recovery time of 37minutes for cars fitted with one of their systems.

Andrew Smith, Managing Director of Cobra UK, warned that drivers must be more vigilant than ever to ensure thieves do not target their vehicle.

“It is vital that drivers protect their assets as best they can, starting by keeping keys safe at all times.”

“Because standard levels of vehicle security fitted to modern cars are so effective, thieves are having to resort to stealing the keys to make off with the car,” said Mr Smith.

“Most often that means breaking into a house to take the keys, or fishing them through the letterbox with a hook and cane as many people leave their keys on a hall table or key hook.

“It is also not uncommon for thieves to steal keys from coat pockets in pubs, restaurants and even workplaces.

“The difficult economic climate has resulted in more high value cars being stolen to order, often by highly organised criminal gangs who frequently ship them out of the country within days.

“It is vital that drivers protect their assets as best they can, starting by keeping keys safe at all times.”