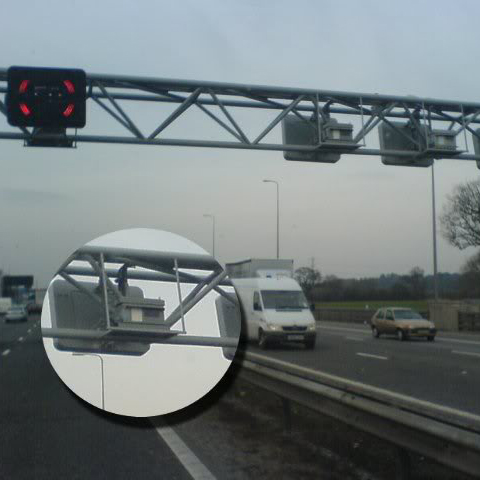 One stealth camera seen behind the gantry on the M25

How soon before they’re near you?

One of our most popular posts in 2014 was regarding the potential of ‘stealth’ speed cameras sweeping across sections of ‘smart’ motorway, where traffic flow is controlled using numerous techniques.

Needless to say, the article was quite divisive – some of our readership saw the news as nothing more than an example of the government grasping the opportunity to squeeze more cash out of motorists while others saw it as a cost-effective way to improve safety and reduce deaths and injuries.

The major news is that the potential is now becoming a reality. Going by the thoroughly imaginative name of Highways Agency Digital Enforcement Camera System 3 (god bless bureaucracy) or Hadecs 3 if you want to save your breath, the camera was initially installed on the M25 in Kent in October and in its first few months it has already amassed over one thousand speeding fines.

The Highways Agency chose the M25 for the initial Hadecs 3 trial due to it being part of the coalition government’s Smart Motorway concept – whereby the hard shoulder is opened during peak hours and a variable speed limit is enforced.

The underhanded nature of the camera (or stealth aspect if you want to use that terminology) is that the cameras are a dull grey instead of the bright yellow motorists are used to seeing. On top of this, the camera is able to cover all lanes of the motorway and can take rapid pictures of the offending vehicle unlike the current set-up which includes two cameras to catch a speeding car entering and leaving the zone and is unable to cover more than one lane. The Highways Agency refute this allegation of the cameras being stealth, pointing out that the zone where the cameras operate in are accompanied by warning signs.

With the Hadecs 3 soon to be rolled out on other smart motorways such as the M1 in Yorkshire, M6 in Birmingham, and the M3 do you see the stealth camera as a help or a hindrance? Let us know in the comments below.