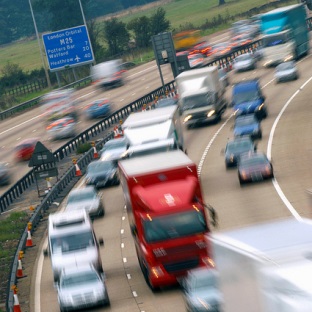 Six in ten drivers admit to tailgating and breaking the speed limit by 10mph or more on UK motorways, a Brake survey has revealed.

Risky tailgating has been owned up to by 57% of drivers and 60% admit to excessive speed, with 95% of drivers at least occasionally concerned about vehicles too close behind them.

More than four in ten (44%) are concerned every, or most, times they drive on a motorway.

Brake claim that, by driving too close to the vehicle in front and breaking the speed limit, drivers risk devastating crashes.

Crashes on 70mph roads are more than twice as likely to result in death as crashes on roads with lower speed limits; in 2012 there were 88 deaths and 654 serious injuries on UK motorways.

The road safety charity urge drivers to always keep at least a two-second gap between themselves and the vehicle in front, extending this to four seconds or more in wet weather or poor visibility.

They recently supported Highway Agency proposals to roll out speed cameras on stretches of ‘smart’ motorways, and are urging the government to extend the used of average speed cameras across the network.

Julie Townsend, Deputy Chief Executive at Brake, said: “Almost all drivers are concerned about the danger posed by other people tailgating on motorways, and yet a shockingly high proportion admit driving too close and speeding themselves.

“There are no two ways about it: ignore the two-second rule or the speed limit on motorways and you’re putting yourself and others at risk of a horrific crash.

“Traffic laws are not just for other people: all drivers can help make our motorways safer and prevent needless tragedies by committing to keep your distance and stay under speed limits, including temporary lower limits.”

Simon Sheldon-Wilson, Traffic Management Director at the Highways Agency, added: “Safety is our top priority and we are committed to continuing to reduce the number of people killed and seriously injured on our roads.

“Congestion on the strategic road network is estimated to cost the economy £3billion each year, 25% of which is caused by incidents.

“That’s why we remind drivers of the dangers of tailgating and support Brake’s advice to keep a safe distance from the car in front and to adhere to fixed and variable speed limits.”