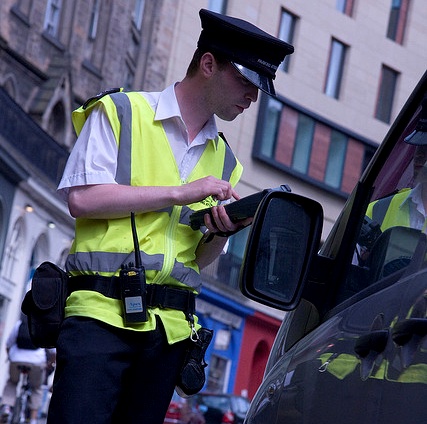 Penalty Charge Notices issued to company car and van drivers are not appealed against by 61% of organisations, new research has revealed.

The figures, unearthed by the Association of Car Fleet Operators (ACFO) show that most companies do not question PCNs issued to their fleet drivers – despite receiving more than 60 fines every month in some cases.

It has also emerged that 17% of employers charge drivers an administration fee if they incur a PCN, which can be more than £30.

The survey findings were unveiled ahead of ACFO’s all-day members-only seminar ‘Another Fine Mess?’, set to be held on Tuesday, June 3, 2014 at the Henry Ford College, Loughborough.

John Pryor, Director at ACFO, said: “Managing PCNs relating to parking and moving traffic offences can prove to be a legal, financial and HR administrative nightmare for fleet decision-makers and company car and van drivers alike.

“In the build-up to the seminar we wanted to find out from members details of the levels of fines incurred; the volume of PCNs levied by local authorities or private parking firms; and how the administrative process was handled.

“What has emerged is a mixed picture, which is perhaps not surprising.”

More than 50 fleet managers in charge of company car and van operations numbering between 50 and more than 4,000 vehicles in a wide cross section of businesses were surveyed.

Half of respondents said they received an average of up to nine parking fines per month.

“I was not hugely surprised at the volume of PCNs being handled because the use of closed circuit TV in car parks and town and city centres is increasing,” Mr Pryor added.

“However, it is perhaps surprising that more fines are not contested.”

Most fines were PCNs from local authorities with fewer organisations saying they received fines from private companies managing car parks.

Despite 61% not appealing any, 35% appealed up to ten imposed fines per month and 26% said they appealed against a similar number of private company PCNs.

However, it has also emerged that 4% of companies appealed against more than 50 local authority-issued PCNs per month and 9% of respondents said they appealed against up to 50 private company PCNs.

The vast majority of survey respondents (87%) leased their company cars and vans.

Most fleet decision-makers (48%) said contract hire and leasing companies paid the PCN and then levied a recharge.

However, 26% said the fine was forwarded to them for payment and there were a variety of other systems in place for managing PCNs.

“It would appear that each leasing company has a particular mechanism in place for managing PCNs, but that method varies from supplier to supplier,” said Mr Pryor.

“There is no standard approach from leasing companies to the management of PCNs, which I think is something fleet operators would welcome.

“Alternatively fleet operators should discuss the matter with their leasing suppliers and agree a single solution for managing PCNs.”

A total of 86% of respondents said their vehicle leasing supplier issued a fine administration fee – but 14% of fleet operators said their supplier levied no handling charge.

Among leasing companies charging an administration fee, 50% charge between £20 and £30 per fine, according to respondents.

It also emerged that some businesses (17%) levy their own PCN administration fee on drivers that incur a fine.

A third of companies said that they levied a charge of more than £30 with a similar number saying it was £20 to £30 and the reminder under £10.

“I was surprised that administration fees levied by leasing companies were on average not higher,” added Mr Pryor.

“Similarly I was surprised that more employers do not charge drivers that incur a PCN an administration fee and that more companies did not levy a higher fee as quite a lot of work is involved in processing a fine.”