Drivers using the M6 in Cheshire will see big changes in the New Year when a new bridge across the motorway begins to take shape. 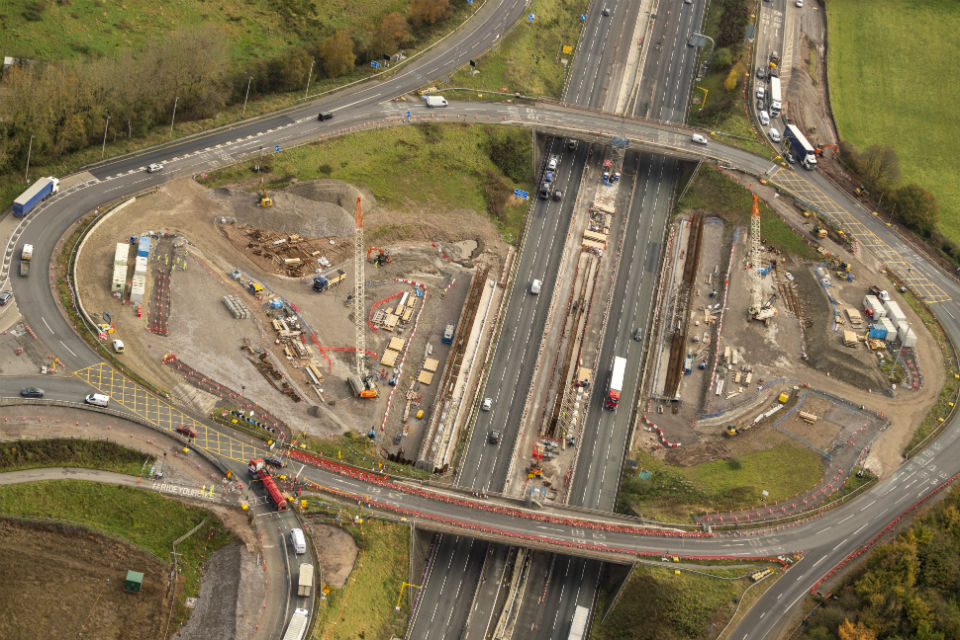 Road users are being advised the motorway will close at Knutsford for up to two weekends in January as part of the important £43 million junction 19 upgrade.

Highways England is constructing a bridge over the M6 through the existing junction roundabout to improve traffic flow between the motorway and the A556 and reduce congestion around the roundabout itself. The two Friday night to Monday morning weekend closures – beginning on Friday 15 January and again on Friday 22 January – will see 36 huge, 90 tonne bridge beams craned into place over the northbound and southbound carriageways.

Highways England project manager Jamie Carruthers said: “The work over these two weekends will mark a milestone for a project which will transform journeys around this important junction. After months of working in the area to construct the bridge supports in the motorway verges and central reservation, we’ll be carefully craning the concrete beams in place ready for constructing the bridge decks later in the year.

“We’ve been planning this phase of the work for many months and are doing all we can to minimise inconvenience to motorway and local road users – in fact we’ve chosen these two particular weekends to do the work after consulting local residents, businesses, parish councils, hauliers and emergency services.” 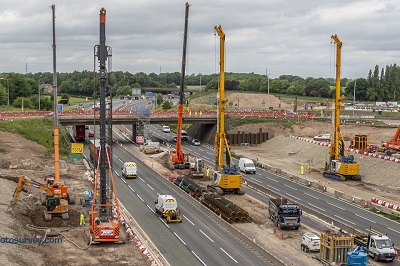 The two weekend closures will start at 9pm each Friday night with the motorway re-opening by 6am the following Monday. Longer distance motorway users will be encouraged to use alternative routes well away from the M6.

Over the weekends the motorways will be closed at two different locations depending on the work being carried out.

At all other times during the two weekends the motorway will be closed at junction 19 with a simple ‘up and over’ diversion in place allowing drivers on both the southbound and northbound M6 arriving at junction 19 to leave and immediately rejoin the motorway using the exit and entry slip roads.  To allow the diversion to operate smoothly there will no access at the junction to or from the A556 Chester Road or A556 Knutsford to Bowdon bypass.

The new bridge is set to open in the summer.