Provisional estimates suggest the number of drink-drive related deaths in Great Britain rose to a 10-year high in 2019. 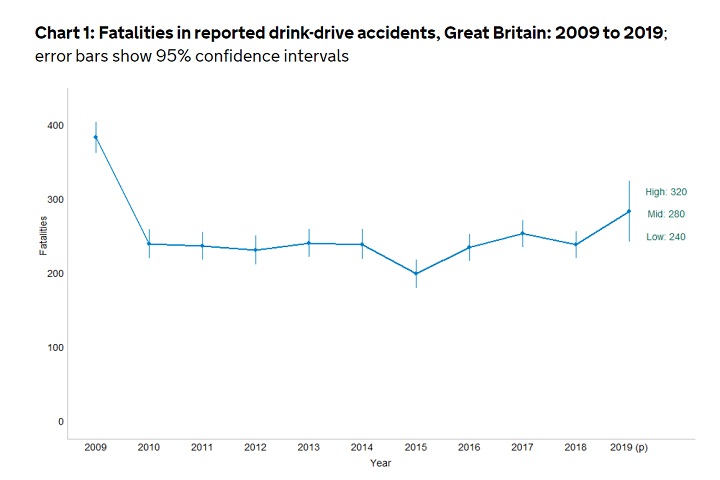 The figures show between 240 and 320 people were killed in collisions where at least one driver was over the drink-drive limit – leading the DfT to produce a central estimate of 280 deaths.

The provisional estimate for 2019 is higher than 2018 – when there were 240 drink-drive fatalities – although the DfT says the rise is not statistically significant.

It is also the highest figure since 2009.

For the first time, the DfT has also published figures for the number of people killed or seriously injured in drink-drive collisions. This is possible due to the availability of severity adjustments for non-fatal injuries, which take into account changes in accident reporting systems. 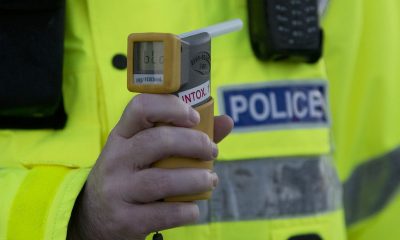 Stakeholder reaction
Brake is calling on the Government to take urgent action on drink-driving, including lowering the limit in England and Wales from 80mg alcohol per 100ml blood, to 50mg, as has been implemented in Scotland since December 2014.

The road safety campaigners state that the evidence is clear that any amount of alcohol impairs driving and so a zero-tolerance limit must be implemented to protect road-users.

Joshua Harris, director of campaigns for Brake said: “The reported increase in drink-driving deaths is clearly cause for concern, with the estimated annual deaths now the highest for over a decade.

“Despite a supposedly proud road safety record, improvement on UK roads is stagnating and in need of a jump-start.

“The Government must urgently review and reduce the drink-drive limit in England and Wales, which now has the dubious honour of being the highest in Europe, to help stop the rot on drink-driving.”

Along with considering a lower drink-drive limit, the RAC is also calling for increased enforcement.

Simon Williams, RAC road safety spokesman, said: “It’s hugely concerning that the most recent provisional data shows that drink-drive fatalities could be at their highest levels for a decade.

“The UK Government should consider all options, including increasing enforcement at the roadside, the use of alco-locks for those already convicted of driving under the influence and even looking at the merits of reducing the drink-drive limit in England and Wales to bring it in line with most other European countries.”