Vital rail and road upgrades that will create jobs, increase connectivity, and boost the economy will be delivered more quickly, thanks to the launch of a new Acceleration Unit announced by the Transport Secretary Grant Shapps today (Friday, 21 August). 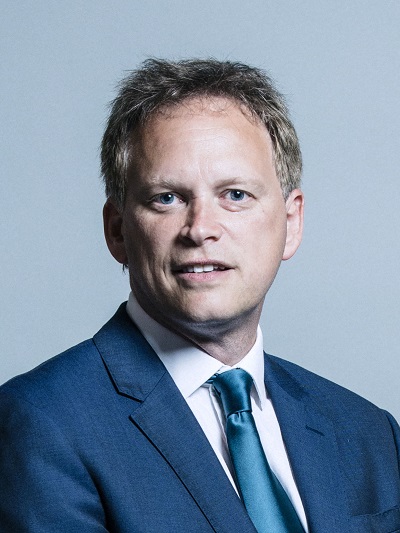 The new team of specialists will join the Department for Transport (DfT) in order to tackle delays to infrastructure projects and drive forward progress for passengers.

The unit is set to be in place next month and will be directly accountable to the Transport Secretary. It will be led by Darren Shirley, currently Chief Executive of the Campaign for Better Transport and formerly of Which? Magazine.

Alongside the Acceleration Unit, the Transport Secretary today announced a raft of ambitious upgrades to Wales’ railways, with £343m of investment to deliver better, faster, more reliable journeys for passengers.

This includes kickstarting design work on plans to upgrade Cardiff Central station, and funding to develop plans for upgraded cutting-edge digital signalling on the 241-kilometre Cambrian line from Shrewsbury Sutton Bridge Junction to Aberystwyth and Pwllheli, and proposals to speed up journeys between Cardiff and Swansea, Chester and Llandudno Junction, and the Severn Tunnel and Cardiff.

Transport Secretary Grant Shapps said: “As Britain begins to get moving once again after four months of lockdown, no-one should underestimate the scale of the challenge ahead.

“We want to accelerate Britain’s recovery by investing in vital infrastructure that will help get businesses back on their feet, create jobs to replace those that have been lost and level up our country.

“The creation of our new Acceleration Unit and investment in our roads and railways will ensure we build back better, greener and faster in the future.”

Chancellor of the Exchequer, Rishi Sunak, said: “This £360 million investment in our roads and railways will help drive our economic recovery from coronavirus – creating jobs and levelling-up by ensuring businesses across all corners of the UK have the opportunities they need to grow.”

Darren Shirley, Head of the Acceleration Unit, said: “I am delighted to take on this important new role, bringing a fresh perspective and external advice to accelerate the delivery of key infrastructure projects and programmes.

“The breadth and depth of expertise in my new team will stand us in a good stead as we look to deliver the schemes that will help the country to rebuild faster through decarbonising the transport system and levelling up Britain as we emerge from the Coronavirus crisis.”

The Acceleration Unit will also engage experts with significant experience in delivering infrastructure projects including Highways England’s Director of Complex Infrastructure projects, Chris Taylor, who oversaw the construction of the £1.5 billion A14 scheme which was not only delivered on budget but eight months ahead of schedule, and Mark Reynolds of MACE, who oversaw the construction of the Nightingale hospital in East London in nine days.

The creation of the team follows the establishment of a new Northern Transport Acceleration Council, dedicated to swiftly levelling up infrastructure across the north’s towns and cities, forming a direct link between Westminster and local leaders.

Today’s news comes after the Transport Secretary visited the A14 in Cambridgeshire yesterday (Wednesday, 19 August), a £1.5 billion upgrade between Cambridge and Huntingdon.

Completed on budget and opened eight months ahead of the project’s planned completion date, the last of the 24/7 roadworks were removed in May thanks to efficient and innovative construction techniques such as trialling autonomous dumper trucks, 3D modelling and using prefabrication yards to build structures off site and wheeling them into place when ready.

The Transport Secretary also unveiled a host of further road and rail investments today, including:

Highways England will also today launch their Strategic Business Plan and Delivery Plan, both for 2020-2025. The two documents will set out how the Company will take forward the ambitious plans set out in the Government’s RIS2 strategy to improve England’s road network. The Delivery Plan will confirm the delivery schedule for road upgrades and schemes the Government will be funding over the next five years.

Anthony Smith, chief executive of the independent watchdog Transport Focus, said: “We now have a once in a lifetime opportunity to build roads and railways that reflect the way we live and travel now and for better connections in future.

“To get Britain moving again it’s vital that the Government and the new Acceleration Unit listens and responds to transport users’ priorities and communicates its plans to improve services.

“The acid test of all these changes will be when users experience a more attractive transport network. That includes improved reliability and services that are value for money.”