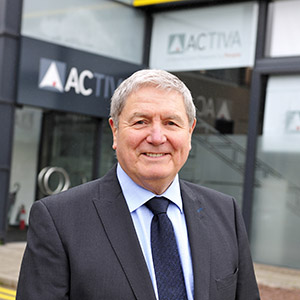 Company car drivers resident in Scotland face larger increases in benefit-in-kind tax rates than those in the rest of the UK from April 6 as they are also hit by a rise in income tax.

The reminder comes from Activa Contracts, the vehicle leasing and fleet management company, which has updated its software systems to include the country of residency of company car driving employees of its customers.

The new income tax rates for Scotland compared with the rest of the UK add a further layer of administrations for businesses in what is already a company car sector that is becoming choked with complexity as fleet decision-makers get to grips with a raft of changes.

The pace of change being witnessed across the fleet industry is unprecedented and in addition to company car tax increases next month also include: the impact on fleet vehicle selection of the new Worldwide harmonised Light vehicles Test Procedure (WLTP), government pressure for fleets to embrace plug-in vehicles; the introduction of Clean Air Zones in numerous towns and cities; the May 25 introduction of the General Data Protection Regulations; lease accounting standard changes that are effective from January 1, 2019; and the impact of Brexit.

Company car benefit-in-kind tax rates for cars with carbon dioxide (CO2) emissions of 76g/km and above will increase by two percentage points at the start of the 2018/19 financial year on April 6 – rates for cars with emissions of 0-50g/km increase by four percentage points and those with emissions of 51-75g/km by three percentage points. Simultaneously the company car benefit-in-kind tax diesel supplement will rise from 3% to 4% on all models that are not certified to the Real Driving Emission 2 standard, which will impact on about 800,000 drivers according to the government with, it is believed, no cars exempt.

Meanwhile, the Scottish Parliament is introducing significant changes to the structure of income tax. There will be a five-band regime, which contrasts with the three-band structure applicable in England, Northern Ireland and Wales.

In Scotland, the basic rate band is effectively being split into three – starter, basic and intermediate – to which is added the higher rate band and the top rate band. Applicable income tax rates are: 19%, 20%, 21%, 41% and 46%. It means that middle income – those earning £24,001 and above – and top earners face a one percentage point rise in income tax versus employees in the rest of the UK. Income tax rates for the remainder of the UK are: 20%, 40% and 45% depending on earnings.

Ian Hill, managing director, Activa Contracts, said: “The vast majority of our customers have fleet vehicles operating across the UK, including in Scotland. As a result, we have been making them aware of the significant tax changes from April 6 and also updating our systems to include a driver’s country of residence.

“Company car drivers with a permanent address in Scotland will face a double whammy of benefit-in-kind tax increases and an income tax increase with perhaps only a small number of company car driving employees on lower salaries escaping the latter.

He added: “The income tax rise north of the border could be a spark for wage inflation and may also cause some migration to other parts of the UK. Employees that are resident in England, but cross the border to work in Scotland are not impacted by the income tax rise.”