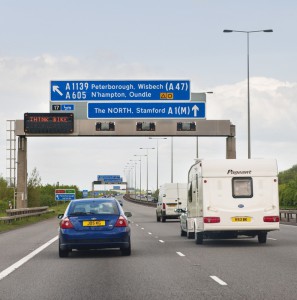 HOGS: Fixed penalty will now be the punishment

Associations across the automotive industry have responded to today’s news that police are to issue fixed penalty tickets to careless drivers.

It was also announced that fixed penalty notices will rise – most offences will now cost lawbreakers £100, while driving without insurance will incur a £300 fine.

Here are the reactions of several key automotive industry bodies:

“We welcome the introduction of on-the-spot fines for careless driving, to make it easier for police to catch and prosecute risky law-breaking drivers.

“We are also pleased to see a much-needed rise in driving offence fines, but think this doesn’t go far enough.

“It’s crucial we encourage greater respect for laws on our roads, which are in place to protect people’s lives, and higher fines can help achieve this.

“£100 is not enough to pose a strong deterrent to potentially life-threatening behaviour, like using a mobile at the wheel.

“We are also calling on government to stem worrying cut-backs in traffic policing levels.

“We believe traffic policing should be made a national policing priority, to ensure we have sufficient numbers of officers enforcing vital safety laws on our roads.”

“BIBA has long called for tougher penalties for uninsured drivers and we welcome the Government’s commitment to increase the fine for this offence.

“We recently discussed increasing the sanctions for those caught driving without insurance with Stephen Hammond and we’re pleased that he has announced a tougher stance which should act as a deterrent.

“Uninsured driving is a scourge on our roads, costing honest motorists around £30 per policy.

“Uninsured drivers are also five times more likely to be involved in road collisions, fail to comply with traffic laws, or be engaged in other criminal activity.”

“The review of fixed penalty levels was long overdue and we believe that the new levels will better reflect the severity of the offences covered.

“It is important that fines provide a real deterrent to illegal behaviour and encourage greater compliance with road safety laws which are in place to ensure the wellbeing of all road users.

“While calculating inflation over a 12 to 15-year period is a mathematical issue it becomes difficult to convince the public the large increases are in line with inflation.

“We therefore would support a better system of review of penalties, say on a 2 yearly basis.”

“This is a major change in traffic law enforcement and the IAM is concerned that issuing fixed penalty tickets for careless driving downplays the seriousness of the offence.

“This could free up traffic police time and allow them to maintain a higher profile.

“But without traffic cops out on the road to enforce this new approach it will have little impact on road safety.”

Royal Society for the Prevention of Accidents (RoSPA)

“We supported the proposals in last year’s consultation because we believe that they will make it easier for the police to enforce careless driving laws, and so discourage such driving.

“However, there is a certain amount of subjectivity in deciding what constitutes ‘careless driving’ and what is sufficiently minor and suitable for a fixed penalty and what is more serious, meriting prosecution in court.

“There must be as much consistency as possible in the use of this new power.

“Therefore, we hope to see a clear definition of the sorts of ‘careless driving’ that may result in a fixed penalty notice and the reasons why, publicised widely.

“Training for police officers in the use of this new power, and a robust monitoring system, will be needed to ensure consistency in the application of fixed penalties for careless driving.

“RoSPA strongly supports the use of remedial driver training as an alternative to the fixed penalty notice.

“It is better to seek to change offenders’ behaviour and help them to improve their driving or riding so they are less likely to re-offend.

“The increase in fines will boost the deterrent effect of the fixed penalty notices, and make paying to take the alternative option (when offered) of a remedial driver training course a more attractive option than simply paying the fine.

“This would provide an opportunity to help offending drivers to improve their driving and avoid repeating their offending.

“This would help to reduce road casualties.”