The Biggest Catalyst In Trucking In Decades 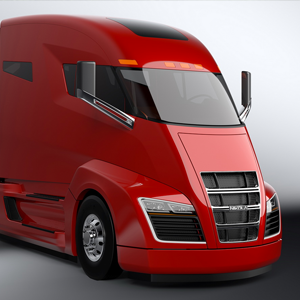 Elon Musk will unveil the latest of his technology developments that promise to turn an existing industry upside down.

It promises to do to the road freight industry what the Model S, 3 and X will do to petrol cars, and what the Spacex program did to the space industry, and what the Tesla battery storage devices and the solar tile might do to the utilities and roofing industries respectively.

The Tesla Semi is scheduled to be released on October 26.  Musk describes it as a “beast” of a vehicle. “It’s unreal,” he tweeted a few weeks back.

Investment banking analysts are already excited, describing the release as “the biggest catalyst in trucking in decades”, in the case of Morgan Stanley, while Deutsche Bank says the release promises to more disruptive than anyone expects, and more quickly.

The chief reason for this is cost. Because Tesla is likely to use several stock electric motors from the Model 3, and several stock battery packs, the Class 8 truck could come in at between $US200,00 to $US240,000 for low and high range versions.

The significance of this number is the “payback” time for US truck fleet operators, via the savings on fuel and maintenance costs. Deutsche Bank estimates it will be less than three years, and will be less than 2 years by the very early 2020’s, which fits nicely into the “sweet spot” of fleet owners’ preferred 18-24 month payback period.

A short driving range (200-300 miles) could be seen as a constraint, but many trucks drive less than that per day, and their operations are well suited for charging/battery swap.

And Tesla’s driving range will beat the 100 miles currently achieved by rivals Daimler and Cummins. Some suggest the Tesla truck range could be as high as 400 miles, and may use interchangeable batteries.

The next stage of the development could be more problematic – driverless trucks. Deutsche Bank estimates the “level 5” automation costs would add $US23,000 to the cost of the vehicle (falling to $US5,000) over time, compared to a driver’s annual salary of $US45,000.

That promises yet more savings, but automation faces potential push back from regulation and unions. But Deutsche Bank still sees it as “inevitable”. They expect to see “platooning”, where numerous trucks follow each other in a kind of convoy, as early as 2020.

Morgan Stanley recently said it expects the electric truck could be 70 per cent cheaper to operate than a diesel-powered truck, and Electrek recently published these quotes from Musk suggesting it will be more powerful too.

“It is a heavy duty, long range, semi-truck. So it has the highest weight capability and with long range. So essentially it’s meant to alleviate the heavy duty trucking loads. And this is something which people do not, today, think is possible.