Think we have it tough? Try the Finnish drive test… 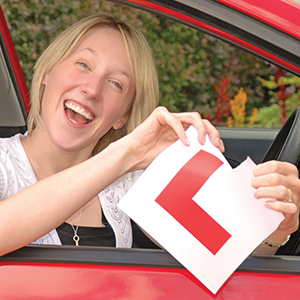 EASY: Is passing in the UK a breeze?

Learning how to drive and passing your driving test is not the same thing.

The actual mechanics of driving can be mastered relatively easily, but understanding how to drive safely, sensibly and correctly on the roads is more difficult.

This is why so many drivers fail one or more tests before they eventually pass and are given a licence.

However, even given the stringent driving test specifications in this country, there are calls to increase the legal driving age and even impose curfews on new drivers.

That’s because despite only making up 5% of the road users, they account for 20% of the accidents.

One other way of ensuring safer drivers is to follow the Scandinavian method, specifically that of Finland.

There, the rules for passing your test are a little stricter.

Drivers can be trained either in a private school of by a relative, but any car used must be specially adapted to have a passenger side brake pedal.

The training for a class B licence involves having to take a mandatory eighteen hours of instruction, including a spell on a slippery surface.

As well as this, a further nineteen theory lessons are required.

The candidate must then pass a computerized theory test and a driving test in city traffic of 30minutes.

B class training is similar but involves even more hours behind the wheel and in the classroom.

Once they have passed this two-part test, drivers are then given a two-year interim licence when they are required to complete advanced driving classes, including some night time driving often using a simulator.

Only at the end of this further two-year period will they achieve a full licence.

All of this makes the lessons and tests we are required to take in the UK look rather easy.

In fact, with no set limit on how many lessons you have to take; it is theoretically possible to pass without ever having been in a car before.

As long as you show the required standard behind the wheel and have passed a (fairly straightforward) theory test, you are legally allowed to drive until such time as your licence expires.

Perhaps the government in the UK should consider a more stringent approach to driver training rather than pursuing people solely based on age.

After all, despite the statistics, there is nothing to say a newly qualified and young driver is any more dangerous.

To punish all young drivers for the sins of the few hardly seems fair.

Making sure everyone can drive safely through a more rigorous training process, enforced by law, seems a more egalitarian way of making our roads safer.

Even if the age limit for driving were raised to eighteen, seventeen-year olds would still be able to apply for a pilot’s licence, granting them the right to pilot single-engine aircraft, airships and helicopters.

A transport policy that would allow this state of affairs just doesn’t seem to make sense.