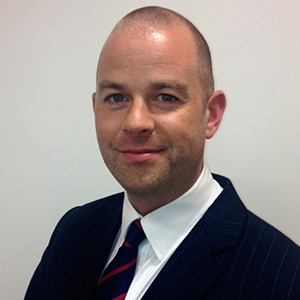 A new law being introduced this summer will mean greater scrutiny of fleet businesses to check what steps they are taking to discourage drug offences by their drivers.

So, employers who do not wish to land in court alongside their employees must act fast.

The exact number of drug driving deaths on UK roads is unknown because testing is not currently routine, although Department of Transport statistics attribute at least 200 deaths a year to the offence.

Unlike drink driving, drug driving is a notoriously fuzzy area of the law because police have to demonstrate that a person’s driving is impaired by drugs in order to prosecute.

It currently relies on field impairment tests the results of which are open to broad interpretation, e.g. a suspect standing on one leg or their eye pupils being gauged.

Suspects may then face a blood test to determine actual drug levels.

The government’s tougher stance has created a specific drug driving offence expected to come into force in August 2014 for motorists with certain drugs in their body in excess of specified limits.

The list of 16 drugs include illicit drugs (e.g. cannabis and cocaine) and commonly prescribed drugs (e.g. methadone, temazepam and lorazepam).

Offenders will get an automatic minimum 12month ban as well as facing up to six months in jail and a £5,000 fine – similar to drink drivers.

Of course, the new laws may be introduced relatively softly, especially as drug testing technology such as the ‘spitalyser’ (similar to the roadside breathalyser) is still on trial by 11 UK police forces.

Legal implications for businesses, especially fleet managers, are potentially far reaching – perhaps more than in relation to employees drink driving because so many prescribed drugs are involved.

In some cases, precautionary measures or ‘due diligence’ of fleet and other transport operators will be examined by prosecutors.

This will include drug testing procedures, such as random or unannounced spot checks to ensure compliance and fitness for duty.

The 1992 Transport and Works Act makes it a criminal offence for certain workers to be unfit to work as a result of drugs or alcohol.

Under Section 28 an employer is also guilty of an offence unless it has exercised all due diligence to prevent the offence.

Reasonable steps will include initiatives such as the Road Haulage Association’s Smart Test in conjunction with workplace drug and alcohol screening experts Screen Test who offer policy writing, sample collection, laboratory analysis and training and education.

It is almost inevitable that arrests and convictions for drug driving will rise, as will prosecutions of businesses under the 1992 Transport and Works Act.

How well businesses address the issue of drug driving by employees between now and the new law being implemented could mean the difference between an organisation being prosecuted or not.