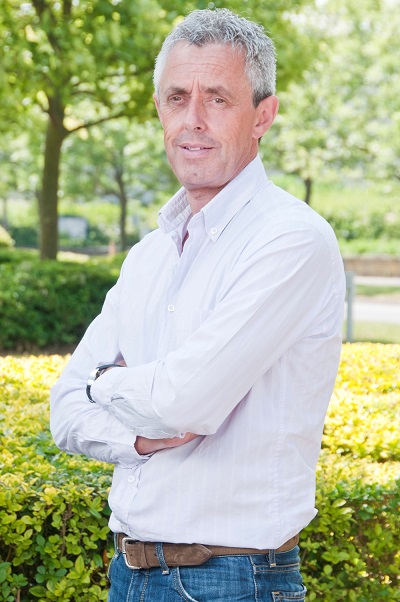 The safety of all road users is being impacted by a corporate-wide move away from company-provided vehicles with a rising number of employees taking cash allowances and increases in on-demand vehicle rental.

What’s more with maintenance and repair costs rising due to an increase in the complexity and technology particularly incorporated into cars, Martyn Nash, chairman of vGroup International is calling for a renewed at-work driving focus on road safety including the inclusion of safety accessories in vehicles.

Data from HM Revenue and Customs published by the Office for National Statistics shows that the number of company cars on the UK roads is falling* and anecdotal evidence from fleet decision-makers’ organisation ACFO and the British Vehicle Rental and Leasing Association support those figures as employees opt for cash in lieu of a vehicle. They then typically use the money to fund a car via a Personal Contract Purchase or Personal Contract Hire arrangement or buy a second-hand vehicle.

Consequently, said Mr Nash: “Changes in vehicle ownership, particularly the move away from company cars, could result in employers absolving themselves of what is a legal health and safety responsibility for all employees driving on business irrespective of who owns the vehicle.

“Employee mobility is fast becoming a buzzword in the corporate sector and that embraces use of car clubs, vehicle rental and car usage via on-demand providers. We are also seeing a rise in car sharing and possibly a return of pool cars in some businesses.

“Many vehicle rental providers do not equip their cars with safety accessories and, we fear, that drivers of private cars do not have the same focus as fleets in terms of equipping vehicles those key features.”

He continued: “The more vehicle ownership moves away from the corporate umbrella there is a risk that road safety is being undermined and that includes delays in own vehicle drivers replacing worn safety items such as brakes and tyres due to cost.”

vGroup International provides around 300,000 roadside assistance and motoring first aid kits a year to more than 100 contract hire and leasing companies, brokers, fleet management companies and retail outlets, designed for both cars and commercial vehicles. The packs include a wide range of safety accessories such as high-visibility jackets, LED flares, tyre service kits and warning triangles, as well as seasonal items including the company’s recently introduced environmentally-friendly Screenwash pod.

The company also promotes a range of additional vehicle safety accessories including fire extinguishers and ‘life hammers’ for smashing windscreens and side glass.

Mr Nash’s call comes at a time when the volume of traffic on Britain’s roads is rising – up 1.1% 2016 to 2017, according to the most recent Department for Transport data – and the number of reported road deaths – 1,782 in 2018 – has changed little since 2012. Furthermore, the cost of all reported injury and damage-only road crashes was £16.3 billion in 2017 taking account of lost output, medical/ambulance costs, police costs, human costs, insurance and administration costs and damage to property.

“Safety should not be about economics, but we are witnessing an epidemic,” said Mr Nash, also a director of Driver First Assist, a non-profit making organisation, which trains professional drivers to provide life-saving first aid and manage the scene at a road traffic collision, prior to the arrival of the emergency services. vGroup International is also a sponsor of the organisation.

Additionally, motor manufacturers are trending towards using thicker car glass – up from 3.5mm to 5.5mm and even 10mm on some models – to reduce ultraviolet (UV) light intrusion and limit the risk of people listening to in-vehicle telephone calls from outside a vehicle. As a result, vGroup International is sourcing upgraded life hammers to shatter the glass in the event of an emergency.

Mr Nash also highlights that it is critical that safety accessories are located within a vehicle for immediate accessibility – in a glove compartment or side pocket – and not, for example, in the boot.

He concluded: “As the traditional vehicle ownership model changes to one of usership, the corporate sector – employers and vehicle rental and leasing companies – must have a renewed focus on ensuring all cars and vans driven on business-related journeys are equipped with safety accessories.

“Vehicles driven on business are an extension of the workplace. Employers must undertake a risk assessment and mandate for key safety accessories to be carried in all vehicles, irrespective of ownership, just as they would with a company-provided car or van.”

*HM Revenue and Customs (HMRC) data published by the Office for National Statistics shows that in 2016/17 there were 940,000 company cars on the road compared with 960,000 in 2015/16. In 2017/18 the number of company cars fell further to a provisional figure of 890,000. However, the taxman suggests that “at least part of the reduction” could be due to the introduction of payrolling, which means that an increasing number of employers are opting not to return P11Ds at the end of the tax year. P11Ds are the basis for the data. Payrolling is where employers calculate and deduct tax on employee benefits-in-kind through their payroll rather than the standard situation in which tax on benefits-in-kind is collected via tax code adjustments notified by HMRC to employers, based on P11D returns submitted. In 2008/9 there were 1.01 million company cars on the road.