The UK new light commercial vehicle (LCV) market declined -23.5% in September, according to the latest figures released today by the Society of Motor Manufacturers and Traders (SMMT). 41,216 LCVs were registered in the month, down some 12,632 units on September 2018, as regulatory changes, coupled with economic and political uncertainty, impacted the market.

September’s losses follow a period of sustained growth, with LCV registrations rising in every month of 2019 to August, as buyers responded to a wide range of deals and a raft of new models. In the year-to-date the market is up 4.5%, with more than 286,000 new vans hitting the road, most (62.2%) weighing 2.5-3.5 tonnes.

Mike Hawes, SMMT Chief Executive, said “These figures are unusual as LCV registrations have been growing this year, however the impact of regulatory changes, coupled with ongoing political and economic uncertainty, has distorted the market in September. Registrations for the year to date are still healthy, however, but for this to be maintained we need business confidence restored and strong economic growth so that businesses invest in their fleets.”

Russell Adams, commercial vehicle manager at Lex Autolease said: “Put simply, a van is a tool to do a job.  Operators need their vans to be out on the roads making money, while keeping costs to a minimum.

“That’s why we’ve seen strong performance this year, despite a decline in September on larger vans, pick-ups and 4x4s.  Replacing older vehicles with the most up-to-date, fuel-efficient technology keeps maintenance costs down and means drivers can access emissions-restricted city centres without being charged.

“With Clean Air Zones soon to become the norm, demand for the newest, cleanest vehicles is growing.  In the lighter weight ranges, that could mean starting the transition towards electric, whereas for vans weighting 3.5t and above, Euro 6 diesels are still the most practical option.  This has been reflected in Clean Air Zone policies for now, but restrictions may get tighter as the country heads towards a net zero-emission future.

“The key for customers is to understand where the tipping point lies – when battery technology, vehicle availability and charging infrastructure have developed to the point where electric vehicles can be integrated seamlessly into their business operations.” 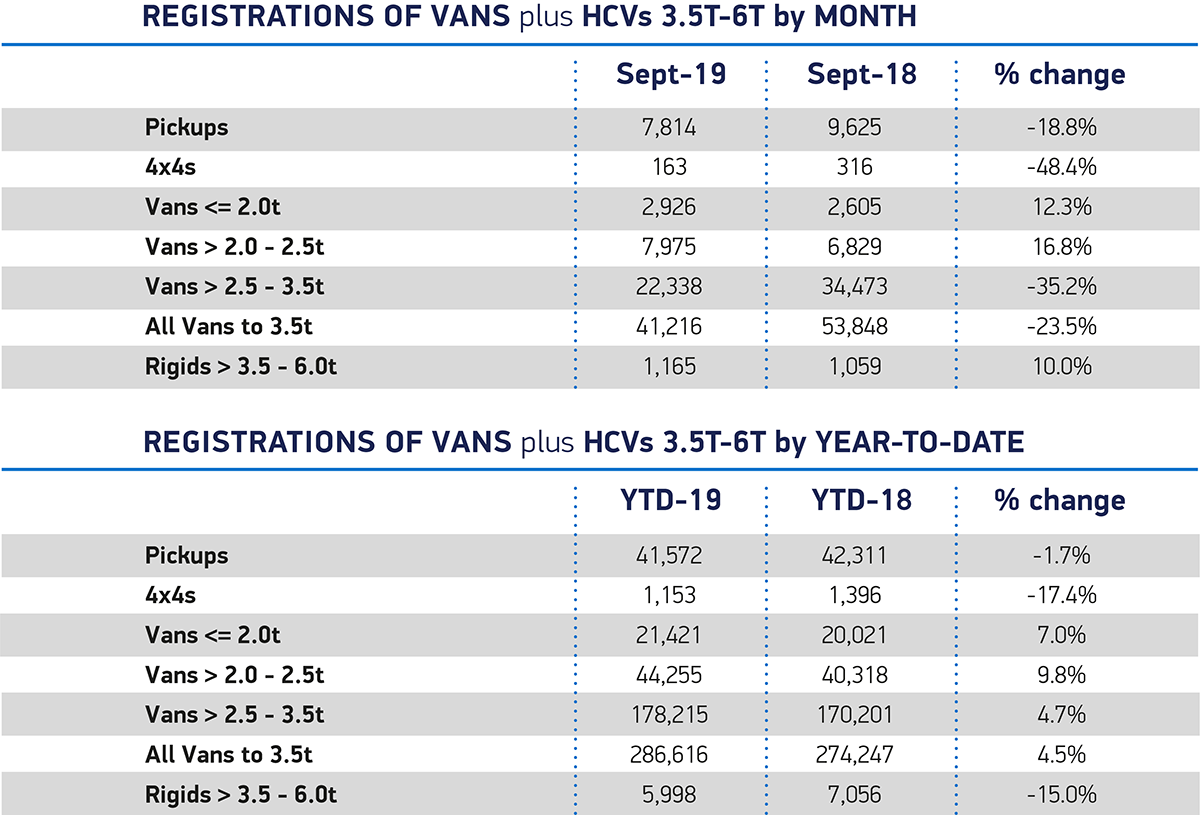 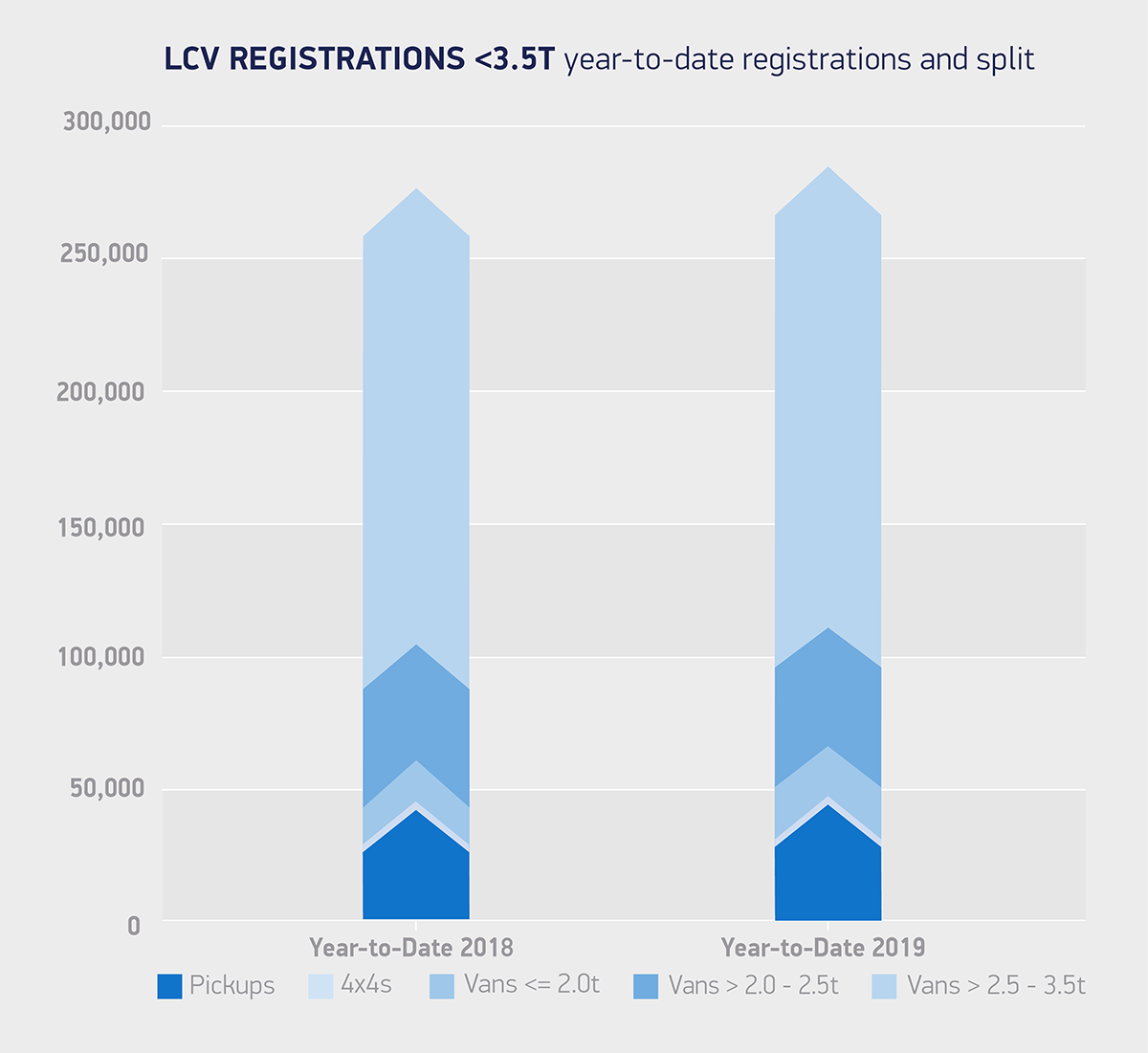 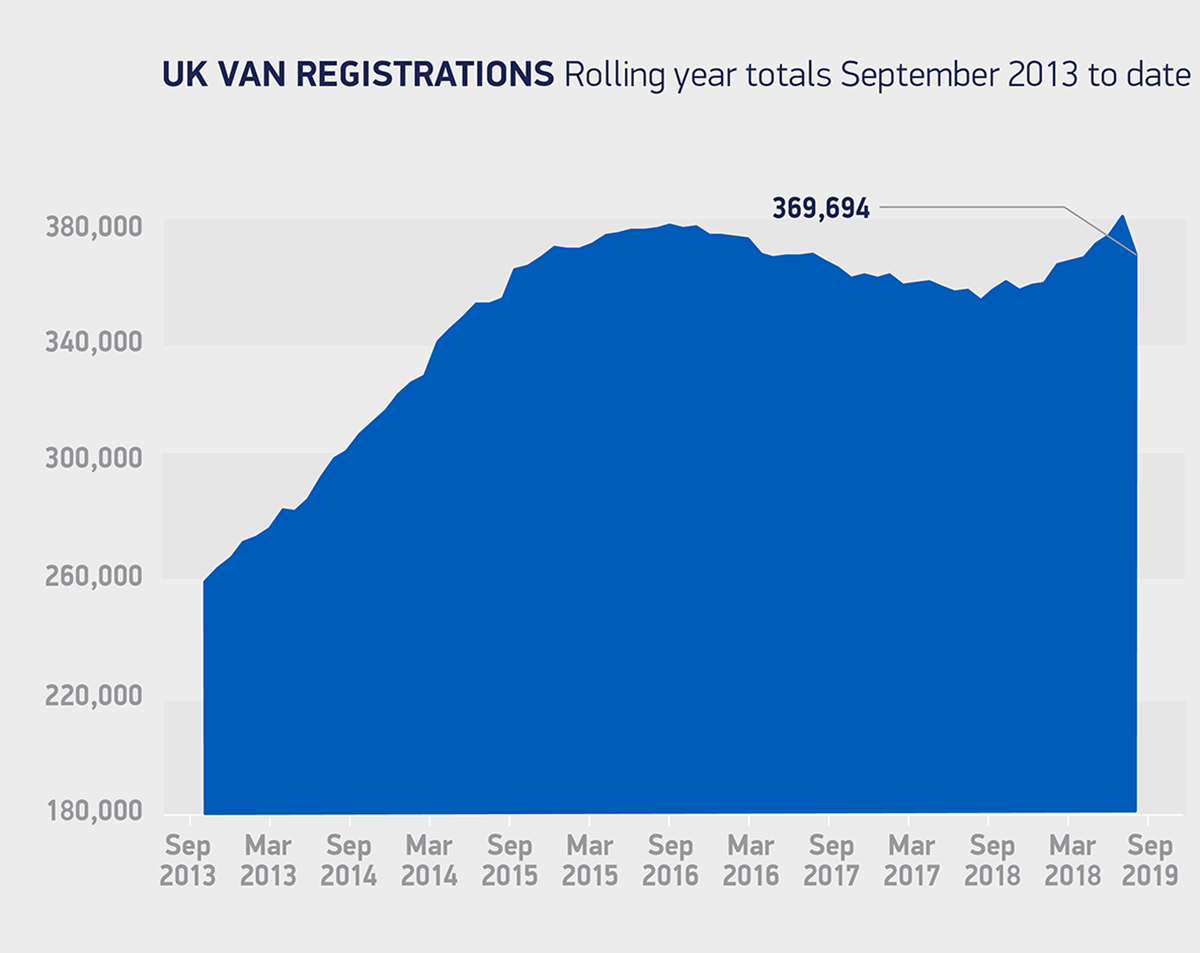