What makes a happy driver? 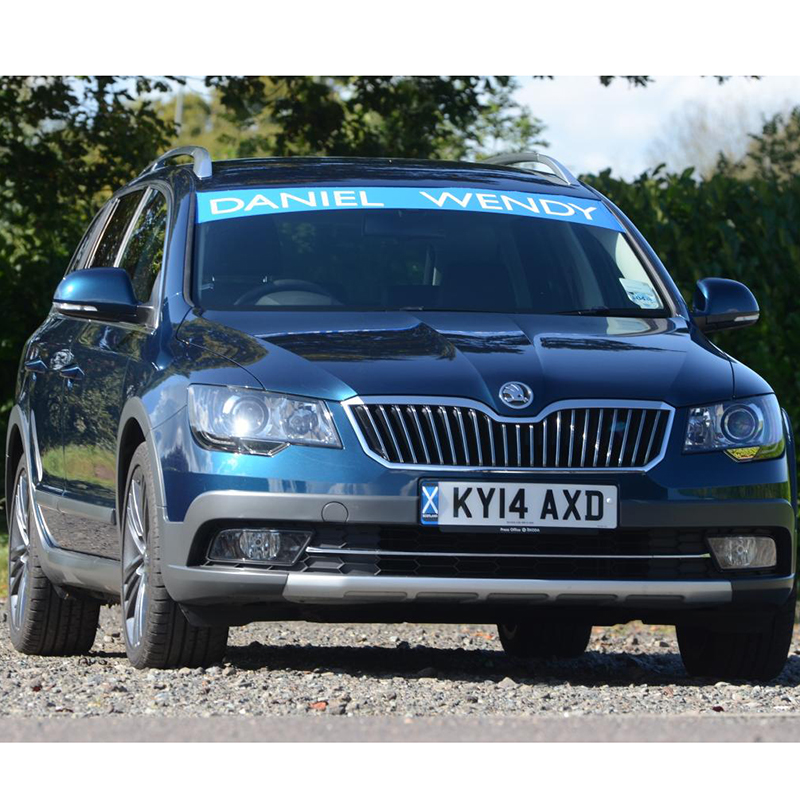 Daniel and Wendy, Škoda owners, happiest people in the UK?

Statistics from more than 650,000 vehicle owners reveal the happiest drivers

Britain’s happiest drivers are likely to be called Daniel or Wendy, live in Dumfries and Galloway and may well drive a Teal Blue or Yellow Škoda – that’s according to statistics from WeLoveAnyCar.com.

Using data supplied by more than 650,000 motorists who have independently rated their cars, WeLoveAnyCar.com has been able to identify not only the models that British drivers are happiest with overall but also who the drivers are and where they come from.

According to the statistics the most frequently seen name for a male motorist happy with his car is Daniel, closely followed by Jack; while for female drivers it’s Wendy and Jane that lead the way in the happiness stakes.

At the other end of the scale Jamie and Wayne are the least satisfied male drivers, while Liz and Tracey are the unhappiest women behind the wheel.

Colour seems to play a part, too, with Teal-coloured cars appearing to satisfy their owners most, followed by Yellow and White. Purple and Brown cars are apparently the least satisfying to own, proving that a vibrant splash of colour can also add a splash of joy to your motoring life.

And that could be just the tonic in Rochester, Kent, where British motorists are apparently the unhappiest with their cars, closely followed by those in Newcastle-Upon-Tyne.

If you’d rather share the road with happy drivers then make your way to Dumfries and Galloway where motorists profess to be happiest with their cars, or head even further north to Inverness where drivers are second happiest. The most content drivers in England are in Sunderland – third on the overall list despite drivers with the neighbouring Newcastle postcode being among the least satisfied.

A spokesman for WeLoveAnyCar.com said: “Our data gives us the ability to find out why drivers are truly happy or unhappy – taking into account not just the make and model of car they own but also who they are, where they are and why they’re happy or unhappy with their vehicle.

“It’s priceless information, and as the reviews are all live on our site it’s there for any car owner or potential buyer to see what any car is like to live with in the real world. Škoda’s achievement is exceptional as there’s no bias or agenda – just real car owners talking about their experiences. Seeing one brand repeatedly do well clearly shows there’s a reason to like the cars.”

The UK new car market recorded a third month of growth in October, with registrations rising by more than a quarter (26.4%) to 134,344 units, according to

The new BMW M2 builds on its formidable predecessor’s