The number of accidents that happen in 20pmh zones increased by 148% in three years as drivers continue to ignore the slowest speed-restrictions across the UK, according to new research by Britain’s leading garage comparison site, BookMyGarage.com. 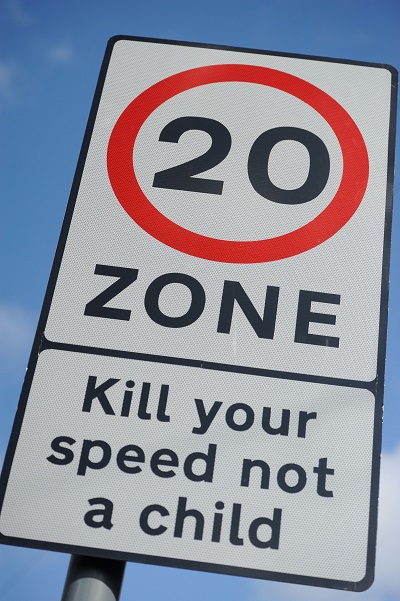 Just 13% of drivers in the UK adhere to 20mph limits on the road, despite the slow zones accounting for more than 10,000 accidents a year.

The research comes while a growing number of councils introduce 20mph limits to improve road safety and reduce accidents.

Analysis of Department for Transport (DfT) figures on speeding found 86.88% of drivers in the UK exceed the speed limit on 20mph roads, with the average speed measured at 26mph*.

The latest DfT Road Casualty Report shows that there were 10,661 accidents in 20mph roads in the UK in 2018**, accounting for nearly one in 10 of all road accidents for the year.

BookMyGarage.com Head of Marketing, Jessica Potts, said: “It’s been proven that 20mph zones help improve traffic flow and cut down on accidents, with the DfT’s own research suggesting 20mph zones work best when the average speed is below 24mph***.

“But the zones have been largely despised by motorists, who find it painfully slow going to drive through them, which is probably why the limits are being roundly ignored.”

To see a heatmap showing where the most accidents happen in 20mph zones across the UK, visit https://bookmygarage.com/blog/20mph-zone-accidents/.