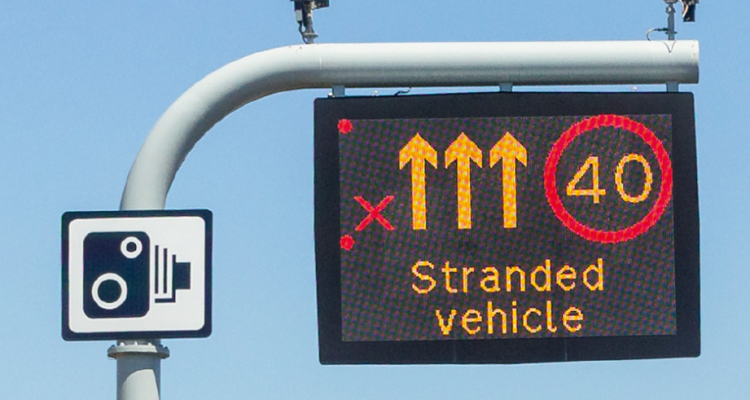 National Highways and ambulance crews are asking drivers to respect the Red X and give them the space they need to access an incident and deal with any casualties.

Ambulances on a blue light run need to get to their patients as quickly as possible without the fear of encountering motorists who obstruct their route, delaying crucial time to life-threatening incidents.

National Highways has joined forces with ambulance chiefs to raise awareness of why it is so important to comply with a Red X. 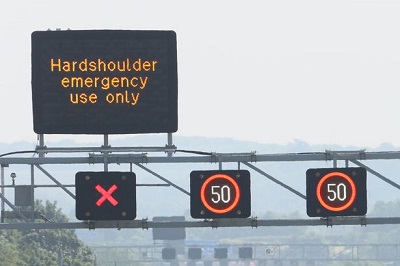 “It is important to remember that 999 ambulances on blue lights may be trying to reach critically ill patients on motorway lanes where Red X signs are in force, for example, after a serious road traffic collision. If those lanes are blocked by drivers who should not be there, ambulance crews could be delayed in reaching patients who urgently need our life saving skills.

“We want drivers to understand that the Red X lane is closed for the safety of all – and especially to protect the scene of an accident and those emergency and essential services who may be on the carriageway to deal with the aftermath.” 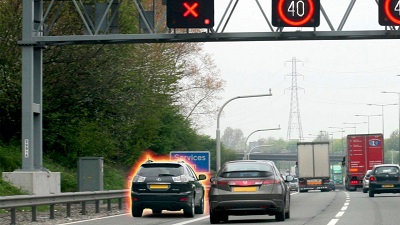 National Highways’ Road Safety Team Leader, Jamie Hassall, said: “Ambulance crews do an amazing job in saving lives but need space to work safely. Although it may not be immediately obvious why a lane is closed, we will have done so for a good reason so it’s important for drivers to respect the X and move out of the closed lane.

“A Red X signal is there for the safety of everyone on the road – people in difficulty, traffic officers, recovery and emergency services helping them, and all other road users besides.

“Thankfully, the vast majority of drivers do comply with the signals but those who don’t put themselves and others at risk.”

In June 2019 there was a change in legislation which meant cameras can now automatically detect vehicles that ignore a Red X so the police can take enforcement action.

It has been an offence for more than two decades to drive in a lane closed by a Red X and can result in a fixed penalty of up to £100 and three points or, in some cases, more severe penalties or a court appearance.

In April 2021 National Highways committed to accelerating the completion of its camera upgrade programme regarding the automatic detection of Red X offences. This means by the end of September this year it will have upgraded all cameras that automatically detect vehicles passing illegally under a Red X or entering the lane beyond a Red X. This is 10 months earlier than previously planned.

The Red X signals are one of a raft of measures to help keep people safe if they break down on motorways. National Highways has this month relaunched a campaign to remind drivers what to do in the event of a breakdown.

The campaign aims to help drivers feel safer, particularly when travelling on busy motorways, and is offering clear and simple advice on what to do in an emergency – go left, get safe, get help.

If drivers have vehicle trouble and cannot leave the motorway the advice is:

Drivers should always speak to National Highways before leaving an emergency area as operators can set signals, close a lane and warn approaching traffic that a vehicle is about to exit the area to help them re-join the motorway safely.

For advice about what to do in a breakdown visit:

In addition, National Highways has launched a new ‘Driving on motorways’ hub on 25 January – it provides information about the main features of smart motorways, and advice and guidance on safer driving and what to do in an emergency:  https://nationalhighways.co.uk/road-safety/driving-on-motorways/