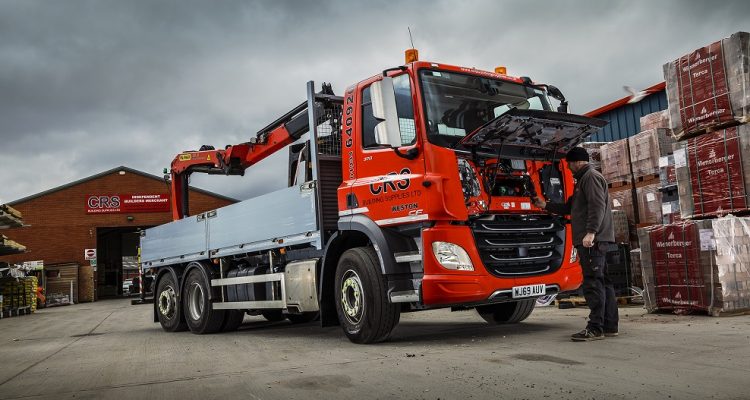 Truckfile lays the foundation for CRS to achieve Earned Recognition

The Somerset-based builders’ merchant was awarded the coveted status in acknowledgement of its commitment to compliance with all fleet safety requirements. CRS runs 34 heavy trucks – DAF CF rigids at 12, 16 and 26 tonnes, and 7.5-tonne FUSO Canter 7.5-tonners – alongside 13 Isuzus which at 3.5 tonnes gvw.

All make deliveries of a variety of building materials to commercial and domestic customers, across Somerset and beyond, from 12 CRS depots across the county. A 13th is due to open later this year, in Minehead.

As a result of gaining Earned Recognition, CRS has not only publicly proved its excellent compliance rating but can now look forward to fewer time-consuming checks on its vehicles while they are out on the job. Part of the benefit of the scheme is that DVSA staff already know certified operators are meeting the highest standards. 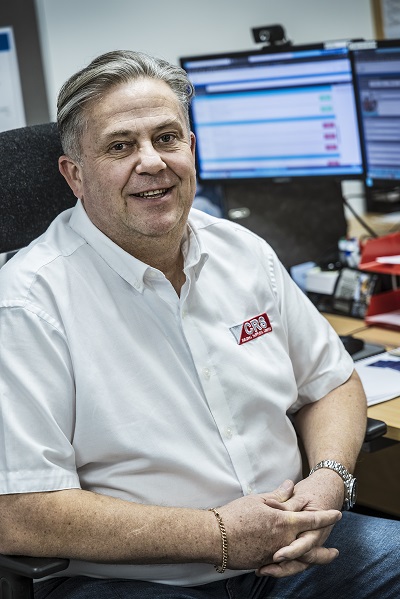 Transport Manager Paul Gibbard started using Truckfile’s computerised system to help keep track of all maintenance and compliance information for his vehicles a little over a year ago.

“We weren’t looking at Earned Recognition initially,” he recalled. “We just wanted a programme to run our assets on. Truckfile was one of four we looked at, which we then shortlisted down to two. In the end the result was clear – Truckfile won hands down, thanks to an excellent demonstration of its capabilities from the very professional team.

“As we’d hoped, the computerised system made the job of keeping up to date all our vehicle service records, and other paperwork required for fleet operation, far simpler. As a Fleet Manager it’s given me two major advantages: I now have a much more detailed overview of everything that’s going on with all our vehicles; and the information is a great deal easier to access than ever before.”

The decision to apply for Earned Recognition came soon after CRS’s Truckfile installation, when Mr Gibbard realised all the data he would need to provide to DVSA was recorded by the system, ready to present to the agency’s inspectors.

“We knew we were doing everything right in terms of compliance but the problem, previously, had been that we didn’t have a system in place to share the required information,” he said. “Because Truckfile is highly automated and completely secure, everything is always filed in the correct place and no documents ever get lost. Sending the necessary updates to DVSA, to ensure our continuing Earned Recognition status, is now very straightforward.

“Applying for, and gaining Earned Recognition with the help of Truckfile has not led to any increase in paperwork for me or my team,” Mr Gibbard added. “In fact the administration of our fleet is more streamlined and efficient than ever before.”

He continued: “Truckfile continues to be much more than a tool to help us keep our ER status, though. It’s now an indispensable aid in keeping our fleet operation running smoothly, and has wider benefits too. For example, before Truckfile if a driver found a defect on a truck he’d have to report it via a paper defect book to his depot manager, who would then need to scan and send the information back to us – all of which was very time-consuming.

“Now, our drivers use Truckfile to complete their walk-around checks, scanning QR codes on the vehicle with their mobile phones as they go. If a fault is found the system flags it up to me and my team immediately. Not only is the defect reported much quicker, but that’s also one less thing for the depot manager to worry about, so he or she can focus fully on the job of looking after our customers.” 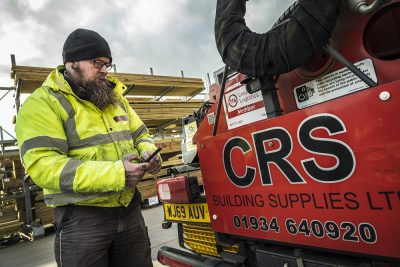 Mr Gibbard has praise, too, for the hands-on support he’s received from Truckfile’s dedicated team, and the way they have tailored the software to suit his exact requirements.

“The system’s adaptability is really impressive,” he said. “We’ve made a series of tweaks and adjustments to give us everything we want – and nothing we don’t. The package has been refined with our input to make it easier for our staff to use, with the functions that we need simplified and sped up, which saves a lot of time and effort. If I think of something that would help make the system work better for us, I know I can tell the Truckfile team and it won’t be ignored – they’ll take what we say and use it. This collaborative approach has made the system really neat and user-friendly.”

2022 has already been a busy year for CRS Building Supplies. On top of attaining Earned Recognition, and preparing to take the wraps off its new Minehead branch, the company is expanding its Yeovil site and opened a new dedicated transport office in Bridgwater. This is now home to the fleet team, and other group staff, while the former traffic office at the Bridgwater depot has been repurposed as a training room.

“These developments, and the significant investments we’ve made in our business, our fleet and systems, underline just how serious we are about operating to the highest standards of service, safety and compliance,” asserted Mr Gibbard. “Earned Recognition is just one facet of this but we could not have achieved it, or the efficiency gains that have come with moving to a digital management system, without Truckfile.”

DVSA earned recognition for vehicle operators is a way for vehicle operators to prove they meet driver and vehicle standards. They regularly share performance information with DVSA. In return, their vehicles are less likely to be stopped for inspections. It’s a voluntary scheme that’s designed to work for operators of all sizes.