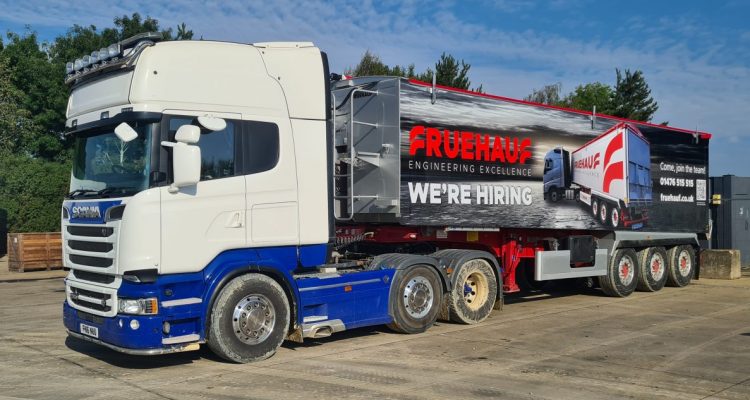 MNS Developments says two new sloper smoothsider tippers supplied by Fruehauf are delivering on their promise, after the haulier increased its focus on agricultural work.

The Huntingdon-based company, which specialises in aggregate supplies and recycling, purchased the tippers primarily to help with a new contract transporting sugar beet. 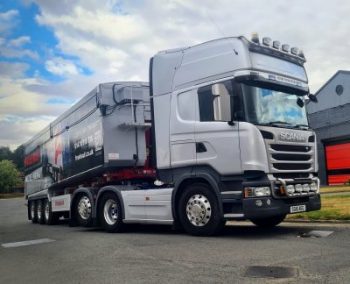 The family-run haulier is using the trailers, together with two 2013 similar models, to transport wheat, beans and grain from farms to processing plants.

Owner Mark Selby says: “We’re working the new tippers hard. Like the older Fruehauf trailers, what’s so impressive is that they are extremely versatile.”

The detailed specification includes automatic tailgates, sheets and on-board weighers. As part of the company’s 15-strong fleet of vehicles operating in the East Midlands and East Anglia, they are expected to cover up to 150,000 km per year.

The deal strengthens the haulage contractor’s relationship with Fruehauf. Selby, who has bought vehicles from MV Commercial for four years, was only too happy to do business with Fruehauf when it was acquired by MV.

Selby has even wrapped his new tippers in Fruehauf’s full hiring livery as a gesture of gratitude to the company.

“We work together very well and we don’t actually have livery on our vehicles. They were looking at advertising on the side of a static truck. This was a chance to give something back to Fruehauf. We drive the tippers on local roads through several counties and people will see that they look the business,” he says.

Selby adds: “I can’t speak more highly about Fruehauf. They have brilliant products and they’re a great team, I love dealing with them.

“We’ve always had strong and immediate support from the company, which is conveniently located within one hour of our Huntingdon base.”