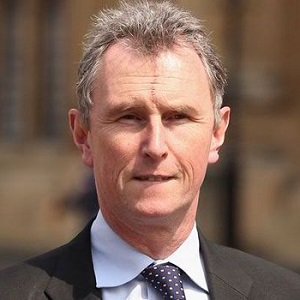 Nigel Evans, MP for the Ribble Valley, has today been named as Road Safety Parliamentarian of the Month for August 2018, by Brake, the road safety charity, and Direct Line Group.

The award recognises Nigel’s efforts to improve road safety in his constituency, in particular work to improve rural road safety – a priority issue for Brake as the majority of road deaths occur on these roads. Nigel has been leading the charge for road safety in recent months by tackling dangerous speeding on Pendleton Road, successfully lobbying for a roundabout to be installed at the dangerous Sabden Junction on the A59, and calling for extra money from Government to accelerate the repair of the many bad potholes in his constituency.

Nigel’s most recent effort to improve road safety in his constituency has focussed on tackling speeding motorists on the rural roads in and around Pendleton. Nigel was motivated to tackle this issue after witnessing motorists speeding through the village of Pendleton and was concerned about the risk posed to children, who are some of our most vulnerable road users. Nigel has requested traffic calming measures be installed by Lancashire County Council and spoke with the Chief Constable of Lancashire Police calling for greater enforcement of the speed limits.

Brake has long recognised the dangers of speed on rural roads. Most rural roads in the UK have a 60mph limit, the national default for single carriageway roads, however, such roads are often unsuitable for high speeds as they are narrow, with blind bends, and no pavements or cycle paths. Brake wants to see constituency activity by parliamentarians on rural roads, supported by government action at a national level. Brake is calling for a reduction in the national default speed limit on rural roads to deliver slower, safer roads.

Brake will also be using Road Safety Week 2018 to get their message across about the dangers of rural roads. Rural roads pose a significant risk to vulnerable road users such as motorcyclists and cyclists – the focus of this year’s Road Safety Week theme ‘Bike Smart’. Brake will be reiterating its calls for a reduced national default limit to protect the safety of all road users and particularly the most vulnerable.

“Brake is delighted to recognise Nigel’s commitment to road safety in his constituency with this award – it is thoroughly deserved. His campaign to tackle speeding on rural roads should be especially highlighted; the majority of road deaths in Britain happen on rural roads, and the cause is often speed-related.

“I’m grateful for this recognition which raises the importance of this issue- as it is literally life and death, and life changing when people, Governments and local authorities get it wrong.

“I have just completed a tour of my constituency with 42 stops at villages throughout the Ribble Valley where I’ve dealt with concerns of my constituents. The number one top issue has been speeding traffic, dangerous driving and the state of the roads. I met one cyclist who had been thrown from her bicycle and suffered bruises because she hit a pothole.

“Since raising Pendleton’s woes many people contacted me about their own areas traffic issues with calls for average speed cameras in rural and residential areas. I hope that the concerns of genuinely worried residents will now be taken seriously and urgently before more deaths and injuries and misery occurs.”

“We applaud Nigel’s efforts as we see so many crashes at junctions, especially when drivers are turning right. We have also seen an increase in pothole related damage to vehicles and welcome all Nigel’s campaigning to make these roads safer.”