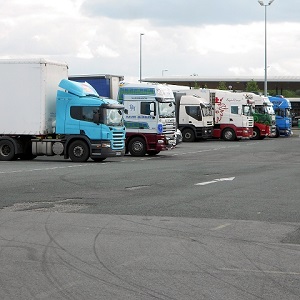 RHA chief executive, Richard Burnett said: “We need more than vague projections of how many lorry parking spaces they might be able to create in the future. This needs to be addressed right now. Operators of existing sites but have their hands tied by planning regulations. We need to see an immediate commitment from government and local authorities to build more and better parking facilities, and not throw away solutions as seen last year at Stanford West in Kent.”

The study – the first since 2010 – concludes that the “lorry parking situation has got more acute”, which won’t come as a surprise to truckers struggling to find safe and secure overnight parking facilities. Despite a 36 percent increase in HGVs parked up overnight in England since 2010, parking spaces have only risen by 14 percent.

The Government has announced Highways England is looking at sites with the potential to be developed into lorry parks which they say could mean up to 1,500 more spaces but the RHA believes this is not enough.

“If border checks are put in place, Kent will be plunged into chaos once again,” continued Richard Burnett. “Truckers stuck in traffic and coming up to the end of their legal hours have to find somewhere to park – a lay-by or even the nearest town – it’s a situation no-one wants to see. But this is the consequence of Government inaction over a vital facility which will inevitably again leave hauliers, businesses and the people of Kent counting the cost.”

The collapse of plans for the £250m facility for 3,600 lorries because the Government failed to ensure an environmental assessment took place is looking more acute as the Brexit clock counts down. Read more here