Used car prices rising at their fastest rate since 2010 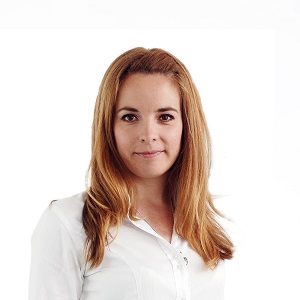 According to the latest results from the Auto Trader Retail Price Index, the average price of a used car in April was £12,769, a 7% increase on the same period last year on a like-for-like basis (stripping out the impact of changes in the mix of cars being sold). This represents the fastest level of price growth since this data series began in January 2011.

The Auto Trader Retail Price Index combines and analyses data from c.500,000 trade used car listings every day, as well as additional dealer forecourt and website data (OEM, fleet and leasing disposal prices, in addition to pricing data from over 3,000 car dealership websites and data from major auction houses across the UK), ensuring the Index is an accurate reflection of the live retail market. Auto Trader is the UK’s largest digital automotive marketplace, with more than 450,000 cars listed each day.

Against a backdrop of falling new car registrations and uncertainty in the market, the average price of a used car on Auto Trader continued to increase in April, rising by £1,275 year-on-year. Marking a like-for-like growth rate of 7%, this was the biggest year-on-year rise since this data series began in January 2011.

Month-on-month increases were seen across diesel and petrol vehicles in all age brackets, tempered by decreases in electric and hybrids. Growth was partly driven by a seasonal trend around plate changes; prices typically record a dip in the month of the plate change followed by a step up in the next period.

“We’re confident of a healthy pricing environment in used – our data shows that average prices of used cars are continuing to rise, across both petrol and diesel.

“Younger cars under a year old were a partial driver of the overall increase, suggesting that falling new car registrations could be tightening supply and helping to drive up second hand values. The ongoing fuel debate and Brexit-related uncertainty mean a challenging landscape for retailers this year, but this data shows that there are lots of opportunities. We believe that greater finance penetration will also continue to fuel the market, and retailers can capitalise on this by educating consumers on their finance options and introducing it at the beginning of the car buying journey.”

Although new diesel registrations continue to fall, the average price of a used diesel vehicle on Auto Trader was £14,555 in April, a £102 month-on-month increase and a £939 jump on the £13,616 recorded in April 20172. On a like-for-like basis (stripping out the impact of changes in the mix of cars being sold1), this represents a 5% increase, and the fastest rate of growth since September 2014.

However, the proportion of searches for diesel vehicles on the platform continued to decrease in April from 51% to a record low of 50%, as consumers moved towards petrol vehicles. Searches for diesel vehicles have fallen dramatically in recent years, dropping from 71% in November 2016. On average, 22% of all searches that take place on Auto Trader each month are based on fuel type.

Growth in used petrol prices continues to outstrip diesel, with the average used petrol vehicle increasing in price by 10% in April on a like-for-like basis. The average cost of a used petrol car last month stood at £10,790, a £78 month-on-month increase, and a £1,732 jump compared to April 20172.

Karolina continued: “Prices for used diesel vehicles are holding up but we continue to see search volumes fall on our marketplace, dropping over 20% in the last 18 months. We need to see some positive action from government, who should recognise the confusion that continual negative noise around diesel is causing customers.”