Commercial vehicles can be green too 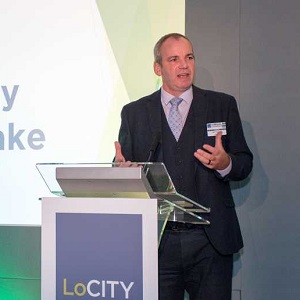 An article by Andy Eastlake:

Electric cars have been getting all the headlines recently – sales have just passed the 4 million mark worldwide and the latest UK national statistics showed that one in 12 vehicles sold in August were in one way or another ‘electrified’. (This was actually putting rather more ‘gloss’ on the figures than they deserve, as only around half of these vehicles – about four per cent of total sales – were ‘plug-in’ electric cars. The rest were ‘regular hybrids’). Add to this, the recent Zero Emissions Summit in Birmingham, announced to much fanfare by the Prime Minister, and there’s certainly a lot of excited talk around now about the prospects for electric cars.

What of other vehicles and other fuels though? Is electrification the only answer for all types of road transport everywhere?

Well, electricity certainly has a big contribution to make but for vehicles like long-distance trucks, or coaches, we’re likely to need other options, at least until electric technology has moved on some way beyond where it is right now.

I spent a day last week at the LoCity Conference at Kempton Park, an excellent event organised by GreenFleet. Delegates there were treated to a range of interesting presentations and exhibitors focusing on a wide variety of options for cutting emissions from vans, trucks, refuse and other vehicles in the urban context. There are an increasing number of cleaner options for urban deliveries, including the ‘last mile’, where innovative logistical solutions and different types of vehicles are becoming a more realistic prospect. LowCVP’s own research suggests that the prospects for smaller – ‘L-Category’ – vehicles could become a significant part of the mix, particularly for urban transport. (Look out for the launch of our report soon.)

The Low Emission Freight and Logistics Trial (LEFT) is seeing vans go electric, trailers fitted with KERS and lorries run on hydrogen dual-fuel and biomethane under a £20 million government programme to cut emissions and improve air quality. The competition aims to demonstrate new technologies for freight distribution in real service and encourage their widespread introduction in UK fleets. The first data from this programme is starting to emerge, and certainly LowCVP are very encouraged by the tests on the newest gas powered long haul trucks.

We have been focussing on this vital sector of commercial vehicles (now over 38 per cent of the GHG from road transport) and as I write, we’re in the final stages of preparing for the LCV2018 Event at Millbrook where some of the vehicles and technologies from the LEFT trials will be on display in a ‘Low Emission Truckstop’ which the LowCVP has organised in collaboration with Innovate. The Yorkie bars are ready and our ‘Truckstop’ advisers are looking forward to dispensing advice to delegates on the latest low emission freight options, providing the extra encouragement of a bite of truckers’ – reportedly – favourite snack alongside their guidance.

So fleet managers operating larger vehicles and with diverse applications shouldn’t necessarily be swept away with the electrification bandwagon. There are other short or medium-term options that can offer significant emissions savings in ‘hard to electrify’ applications, and if we know anything of the future, it’s that we will need ‘every tool in the box’, to help decarbonise all transport.