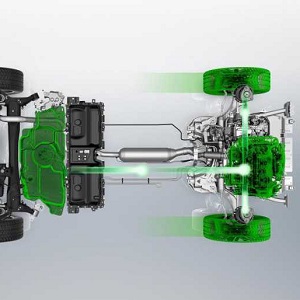 Peugeot has announced the launch of its new plug-in hybrid petrol engine range, which will be available on the 3008 SUV, and all-new 508 and 508 SW.

The high voltage Lithium-ion (300V) battery, which comes with new models fitted with PEUGEOT’s HYBRID and HYBRID4 engines, has a capacity between 11.8 KWh and 13.2KWh, allowing the cars to drive up to 30 miles on a single electric charge.

Energy conservation is further enhanced through the i-Booster, a braking system which conserves power as the car brakes or decelerates, and e-SAVE, which allows drivers to reserve electric energy for planned routes ahead.

A direct access button is available on the touchscreen, allowing drivers to see information regarding their HYBRID engine’s efficiency, such as electricity consumption and fuel consumption. Key driving information, such as driving mode, electric gauge level and available electrical distance, is displayed in the driver’s field of vision.