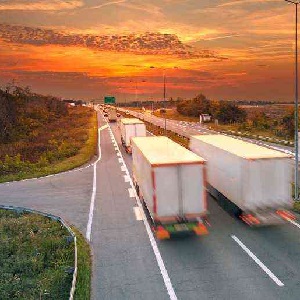 Following the DfT’s report on the Longer Semi-Trailer (LST) trial, which showed that carbon emissions can be cut by using semi trailers that are two metres longer in length, the Freight Transport Association is pushing the Department to conclude its trial early to bring them into general circulation as soon as possible.

Christopher Snelling, FTA’s Head of UK Policy said: “FTA has supported the LST trial from the start, because of the vehicles’ ability to provide improvements in road miles and emissions for freight vehicles. We are delighted to see that these claims have been borne out by this report, along with a lower accident rate than conventional vehicles. With so many positive benefits to both commercial and other road users, it is now time for the government to conclude its trial early and approve an earlier-than-scheduled use of the trailers to enable operators to make investment commitments for the second generation of these vehicles.”

According to the 2017 DfT Annual Report for the ongoing LST trial, up to 32.9 million vehicle kilometres and 28,000 tonnes of carbon dioxide emissions have been saved by just 0.5% of Britain’s HGVs using this extra two metres in length. Accident rates have also reduced: on a per-kilometre basis, compared with the average for all GB articulated HGVs, the LSTs have been involved in 90% fewer personal injury collisions while operating on urban roads and 72% fewer when on minor roads. The trial, which started in 2012, allows articulated goods vehicles to use longer than usual trailers and now reports on the findings of 2,800 vehicles.

Last year, the trial’s scheduled length was extended from 10 to 15 years so it will end in 2027 but, due to the promising results so far, FTA is pushing DfT for the trial to be made permanent.