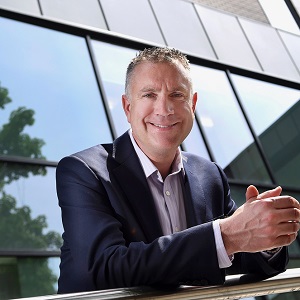 Particular strength has been seen for pure battery electric cars with values increasing for as diverse models like the Renault Zoe, BMW i3 and Tesla Models S and X.

At three years and 60,000 miles, average used values didn’t move in September, while newer cars have increased by a negligible 0.1% at the six month and one-year points. Older cars have dropped slightly, but the 0.3% decrease at five-years-old is again negligible.

Derren Martin, head of current valuations at cap hpi said:  “With retail demand unlikely to dissipate anytime soon and supply lower than normal, there is the potential for prices not to drop by as much as they have done at this point in previous years. The average drop during October over the last 4-years was 1.7% at the 3-year point, with it being as high as 2.2% in 2015. Last year it was just -1.2% and this year there is the possibility it will not even drop by that amount.

“It is fair to predict a strong, stable used car market over the coming weeks, although as always supply and demand dynamics need to be viewed at a micro level and the Valuations Editors producing black book live will as always be looking at the finite details within both trade and retail data throughout the month.”

City cars saw values rise at one-year-old, by 0.4%, on average, but older, higher mileage three-year-old cars were not as desirable and fell by 0.3%.

SUVs can increase in value due to winter approaching, this year, with the flow of stock into the market not being heavy in September, and demand being healthy, average values have stayed level or indeed increased slightly. Volume models such as the Ford Ecosport and Vauxhall Mokka went up in value during September, both being particularly desirable as used cars since they first came to market.

Martin concluded: “There was an interesting dynamic regarding supply into the used car market. On the one hand, late-plate volumes were higher than normal due to the August pre-registration activity – although this was not prevalent among all manufacturers. Almost to counter this volume, with new car registrations in September being lower than in previous years, the volume of fleet returns and consumer’s part-exchanges has been far lower than previously. Volumes of pre-registered cars do not tend to be remarketed through the auction halls, so numbers there have generally been lower.”