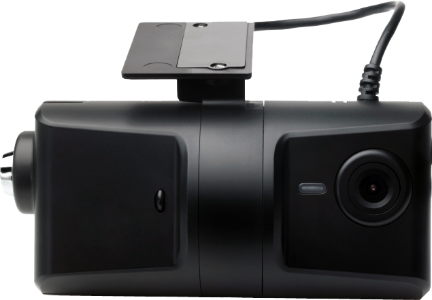 Demand for in-vehicle CCTV cameras by courier firms has shot up 30% in the past year due to increased incidents of cash for crash scams.

Cash for crash costs British motorists a staggering £1 billion a year. Whiplash claims, boosted by no-win, no-claims from lawyers, are adding up to £90 on to the priceof the average UK insurance policy. Around 550,000 whiplash claims are filed in the UK, but insurance experts have estimated that up to 60% are bogus.

According to the AA, since 2006 there has been a 60% rise in the number of personal injury claims while the number of reported accidents on UK roads has fallen by 20% over the same period.

Branded courier vans and trucks have been targeted in the past year by criminal gangs because they are likely to be fully insured and have drivers working on a tight deadline who are less likely to dispute liability at the road side.

In-vehicle specialists SmartWitness has seen 30% rise in demand in this sector. To counter the increase of these kinds of bogus claims international courier giant FedEx Ground has recently announced an incentive program promoting Vehicle Event Data Recorders, of which the SmartWitness KP1S was selected for deployment due to its cellular connectivity, dual camera design, and instant notification features.

SmartWitness CEO Paul Singh said: “Courier fleets have been hit hard by criminal gangs and now almost a third of all deliberate collisions are targeted against delivery and logistics vans and this worrying trend is still on the increase.

“Criminal gangs know that branded courier fleets will have full insurance cover but also that their drivers will not want to argue at the road-side about who was at fault because they are often in a hurry with tight deadlines for deliveries.

“But with SmartWitness footage they are covered and the footage is sent immediately via 3G to the insurer so that they are ready for any potential claim within minutes.”

He added: “SmartWitness cameras are extremely effective in preventing cash for crash criminals even putting in a claim in the first place. In one recent case a customer of ours simply pointed the SmartWitness camera he had installed when the car in front had deliberately caused a shunt, the other driver just drove off immediately knowing that he wasn’t going to get an insurance payout.

“SmartWitness evidence can also mitigate claims for whiplash. The camera will show the exact speed and force of impact and in cases below 5mph it can be proven that back and neck damage couldn’t have been caused. It will also prove exactly how many people were in the vehicle in front. Our clients have had cases before where four people claimed whiplash injuries even though there were only two people in the car.  Clearly these claims were thrown out immediately when the video evidence was produced but without the cameras footage the claim would have been disputed and would have cost the courier firm thousands of pounds.”

FedEx Ground provides 1-5 day delivery options for small packages to all 50 states in mainland USA plus Canada, predominately with one tonnes to four tonnes van fleets.
While the incentive program for the FedEx Ground Contracted Service Providers doesn’t officially kick off until late August, many FedEx Ground fleets have already begun to deploy SmartWitness to take quick advantage of these incentives.

The camera records continuous video footage in a loop to 64GB of local storage on the device. When there is a collision or the panic button is pressed, pre and post-event images, along with location and drive data, are immediately transmitted to the web-based software application (iOS and Android app also available for free download).

Additionally, FedEx CSP’s are able to request video clips from any previous date and time, provided the footage exists on the 64GB storage.