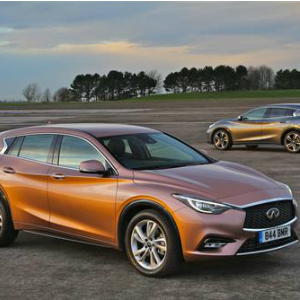 Six months into 2016 and Infiniti continues to increase its presence on UK roads with new car registrations already exceeding the total recorded during the full 12 month period of 2015 and up 157% year on year.

June proved to be a huge success in both Fleet and Retail sales with registrations climbing 447% compared to the same month last year, almost exceeding the full 2015 YTD volume in one month. Retail registrations alone were up 400% compared to June 2015.This rapid rise in registrations positions the Infiniti brand as one of the fastest growing automotive brands in the UK during the first six months of 2016.

Barry Beeston, Country Director for the UK commented: “Infiniti continues to drive forward in all areas of the business. With registrations increasing month on month in both fleet and retail sales, the network is currently benefiting from the continuous introduction of new models. The recent introduction of the two UK built products of the Q30 and QX30 is making a serious impact. Adding the stunning Q60 coupe, due later in the autumn, means this momentum is set to continue.”

The latest Sunderland manufactured Infiniti QX30 with its efficient 2.2 diesel engine, all-wheel drive and DCT transmission, is now available in Infiniti showrooms with a competitive starting price of £29,490.