Addictive Smartphones A Danger Behind The Wheel 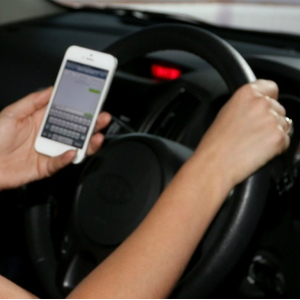 The Institute of Advanced Motorists (IAM) has welcomed the Department for Transport today opening up a public consultation on stricter penalties for using a hand-held mobile phone whilst driving.

The DfT’s consultation is looking for feedback on proposals for increasing the fixed penalty notice level from £100 to £150 for all drivers.

It also invites views on increasing the penalty points from three to four points for non-HGV drivers, and three to six points for those that hold a heavy goods vehicle (HGV) licence and commit the offence whilst driving an HGV.

Neil Greig, IAM director of policy and research said: “Forcing all drivers caught using a hand-held mobile for the first time to attend a re-education course would be a really positive step.”

“For many, smartphone use has become an addiction that we can only start to cure through some form of therapy. The IAM does not object to tougher penalties but we do believe that the real deterrent is fear of being caught. That fear can only be increased by increasing the numbers of traffic police on our roads.”

The IAM found that 9% of drivers surveyed admitted taking a selfie whilst driving within the previous month – a figure that increases to 19% of 25-35 year olds.

The survey also discovered 8% of drivers admitted to driving while using a video-calling application such as FaceTime and Skype to make and receive video calls, rising to 16% among 18 to 24 year olds.

Neil added: “Technology has caused this issue and technology offers one route towards reducing the distraction effect of mobile phone use.  It will not be easy to retrofit many of these solutions but the IAM is supportive of trials and pilots to show whether automatically switching off phones when moving can deliver safer roads.”