Pole suggest dangers of mobile phone use by drivers underplayed 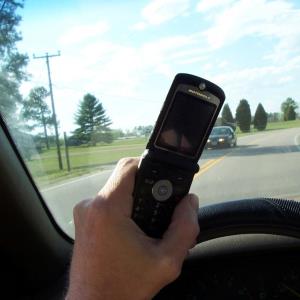 But some drivers feel the need to take the law into their own hands, endangering both drivers and pedestrians.

A survey by Warrantywise, a used car warranty firm, has found that out of the visitors surveyed, only 9% believed that using a mobile phone while driving was a serious offence. There was no surprise to find that the vast majority believed driving under the influence (67%) was the most serious offence, whereas next highest was ignoring traffic lights (10%).

It is surprising that this ranked third considering a study conducted earlier in the year revealed that mobile phone use behind the wheel was classed as the biggest pet hate by motorists.

People using a mobile device in the car are a key target for the police, after fines for the offence were doubled. Drivers caught using their devices in the car, even if they are stopped at traffic lights or in queuing traffic, can face a fine of £100 and 3 penalty points. Yet it is still seen as an unimportant law.

Still shocking certainly, but compare this to speeding. Whilst only 5% of respondents rated this as the most dangerous offence, it shows people gravely underestimate the hazard it represents. Currently, fatalities caused by speeding number approximately 400 people each year, 100 more than driving under the influence.