Network Rail today warned lorry drivers to always know the height of their vehicles after repeated bridge strikes forced a road in Birmingham to close for five months while complex repairs are made. 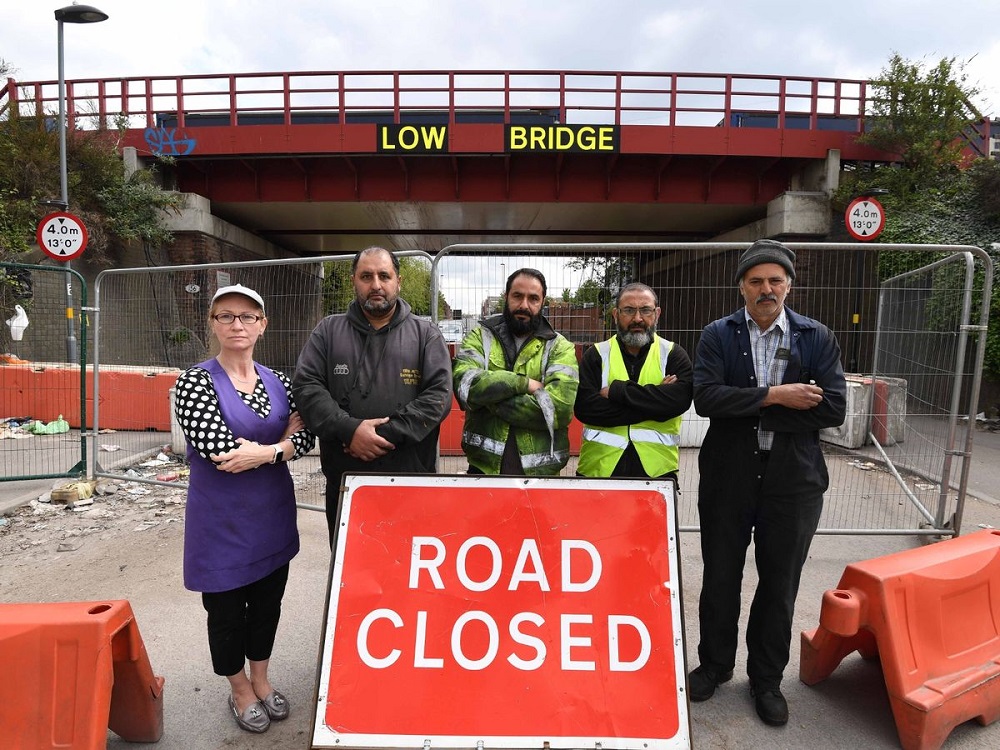 The bridge, which carries the railway over Landor Street in the Bordesley Green area of the city, has been hit 32 times since 2009.

That was when a special collision protection beam was fitted to reinforce the bridge but now it has to be replaced.

After 10 years of continual bridge bashes the beam was damaged beyond repair on January 9 prompting an emergency road closure.

Engineers are now having to design and make a new steel protection beam before refitting it.

Network Rail is aiming to complete its repairs and reopen the road in late July.

Piers Burford, project manager for Network Rail, said: “Considerable efforts have been made in the past to protect this bridge from damage but despite this, careless drivers have once again forced Landor Street’s closure.

“Without a collision protection beam in place the bridge is vulnerable with potentially catastrophic consequences should it be hit by a vehicle again.

“Bridge strikes are entirely avoidable, cost taxpayers millions of pounds and cause delays to tens of thousands of rail passengers every year. The closure of Landor Street has also caused motorists and businesses in the area considerable disruption throughout 2019.”

He added: “I have personally spoken to business owners impacted by the road closure. I understand their frustrations. I want to remind people that these sole traders remain open for business.

“July 2019 is the shortest feasible timeframe to achieve the complex repair needed to make the bridge safe again. If we can go quicker than that, we will.”

On Friday 31 May Network Rail, Birmingham City Council and Birmingham Ladywood MP Shabana Mahmood met with affected businesses to discuss the efforts being made to get the bridge fixed and get Landor Street reopened.

Shabana Mahmood, MP for Birmingham Ladywood, said: “It’s been constructive to meet with local residents and business owners affected by the Landor Street closure to discuss the efforts being made to reopen this road as soon as possible.

“I’ll be continuing to work closely with local business owners, Network Rail and Birmingham City Council to ensure this closure is brought to an end at the earliest possible opportunity. While I understand this has been a frustrating period for local businesses, I am pleased that Network Rail are now engaging with the people affected in this way to help address their ongoing concerns.

“I’d like to thank the business owners who came to meet with us and for their continuing patience as this work progresses.”

Cllr Waseem Zaffar, cabinet member for transport and environment at Birmingham City Council, said: “I would urge drivers of HGVs to ensure they are fully aware of the height of their vehicles in order to avoid striking bridges. In the case of Landor Street, this has happened repeatedly and has caused significant disruption to small business owners due to the resulting road closure impacting on trade.

“I look forward to seeing the bridge repaired and the road reopened, but there must be an onus on drivers to ensure that their vehicles will fit under the bridge to ensure we avoid a repeat of this situation in future.”

Research shows 43 per cent of lorry drivers admit to not measuring their vehicle before heading out on the road. Fifty-two per cent admit to not taking low bridges into account.

To combat this, Network Rail has launched its ‘Lorries can’t limbo’ campaign aimed at professional HGV drivers and others who drive high-sided vehicles.

It includes online training and guidance in several languages to help drivers and logistics companies plan their routes to avoid bridge strikes.