“Not my fault” say a third of car hire insurance claimants

“It wasn’t my fault” said a third (33%) of car hire drivers who claimed for damage on a hire car.

iCarhireinsurance.com, the leading provider of specialist car hire excess insurance, analysed 3,500 claims it received last summer, between June to August 2018. Most of the claims happened in holiday destinations in Spain, Italy, France, Portugal and the UK.

Returning to a parked car and finding it scraped, scratched or damaged accounted for almost a fifth (19%) of these ‘not my fault’ claims, demonstrating that it does not matter how good a driver you are a simple visit to the supermarket can result in someone scratching the car with their trolley.

Other ‘not my fault’ excuses included a collision with another vehicle (24%); punctures (23%); stones or rocks damaging the car (13%); vandalism or theft (9%); an animal (less than 1%), including an antelope, cats, dogs, wild boars, deer, kangaroo, sheep, and pigeons; and  ‘unknown’ constituting a third (33%) of claims.

Car parks are a particular black spot for hire cars, relating to over one in five (22%) of the claims in total and over half (53%) of incidents in car parks were not the claimant’s fault.  19% of claims, for instance, were for damage when the car was parked and stationary.

Claims involving another vehicle represented 12% of the total claims, but in a third (33%) of cases the claimants’ said the incident was not their fault.

Damage, which was the hirer’s fault, included hitting a wall or bollard (42%), hitting a kerb (17%) and crashing into another vehicle (10%).

Stories, backing up claims, included a cat using a parked hire car as a stepping stone to get onto a roof, only to then shower rocks onto the car below, causing almost £300 worth of damage in dents and scratches. An apple falling on a parked car also caused £345 worth of damage, probably leaving the claimants a bit crabby.  Another story involved a motorhome that was driving into the entrance of the claimant’s wedding venue in Italy.  The wedding venue was left unscathed but the motorhome sustained £840 worth of damage, which was probably not the best start to married life, particularly if they did not have car hire excess insurance.

Many car hirers are unaware, until they collect their hire car, that in the event of damage or the car being stolen they are liable for excess charges of up to £2,000.  At this point, unless they purchase excess protection from the rental-desk, they are left exposed. These policies are usually expensive, costing over £24 a day from a European survey of car hire companies this Easter, which looked at the costs to hire a compact car in five European destinations, Barcelona, Larnaca, Milan, Nice and Tenerife, for the week, 13 to 20 April 2019.

iCarhireinsurance.com’s car hire excess insurance policy costs from £3.49 a day, or £47.99 for an annual policy and its parent company, Halo Insurance Services Ltd, is FCA regulated. 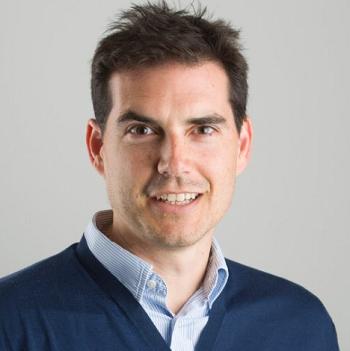 Ernesto Suarez, CEO and founder of iCarhireinsurance.com, said: “It doesn’t matter how good a driver you are, if you damage a hire car, the rental company has no interest in whether it was your fault or not, you’ll still be liable for the cost to make-good the damage and when hire car companies set their own damage charges, even minor damage can end up costing a substantial sum.

“It pays to protect yourself against hire excess figures across Europe with a specialist car hire excess insurance policy, like iCarhireinsurance’s, which offers great value for money compared to one purchased from the rental desk,” he said.