The new Toyota Proace Electric is joining a new city electric vehicle initiative that lets potential users discover the benefits of zero emission vans before deciding on a purchase.

Nine Toyota Proace Electric vans have joined the Electric Van Experience (EVE) hosted by Nottingham City Council, with a further three to be added to the council’s own vehicle fleet. 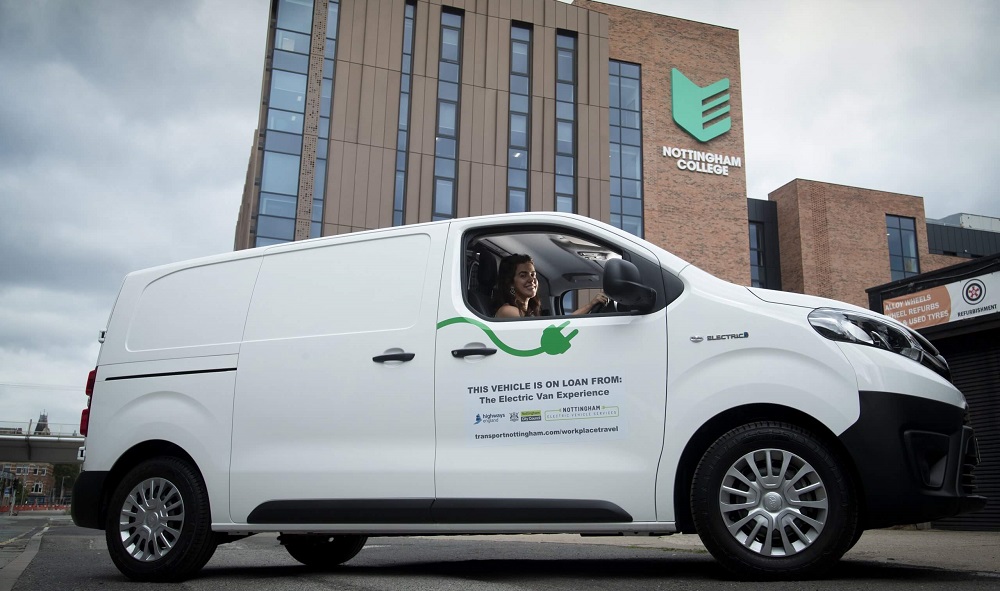 The Proace Electric medium-duty panel van is available with a choice of a 50 or 75kWh lithium-ion battery, giving a zero-emission driving range of up to 205 miles.

Fast charging to 80% battery capacity can be achieved in less than an hour with no reduction in load-carrying ability or payload.

Nottingham City Council uses the EVE programme to support local businesses and individual traders by letting them borrow an electric van before buying to make sure it will suit their needs.

Loan times can vary up to 30 days, and the scheme is open to voluntary and public sector organisations as well as private businesses in Nottingham.

The vans were purchased through the council’s ULEV procurement framework and will be maintained by Nottingham Electric Vehicle Services (NEVS), the service centre run by the council.

EVE has been funded with a £2.69m grant from Highways England.

Stuart Ferma, General Manager Toyota and Lexus Fleet said: “Nottingham City Council’s initiative demonstrates the acceleration of interest in the benefits and opportunities of a new generation of electric-powered vans and we’re confident that Proace Electric will prove a popular and effective choice.

“Together with its recent national awards, Proace Electric has made an instant strong impression and we’re looking forward to increasing our market reach with the addition of the Proace City Electric small van to our line-up later this year.”