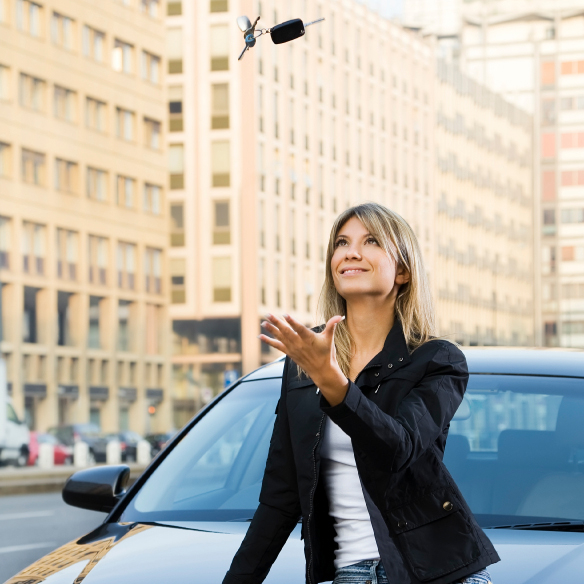 She likes to speed

But male drivers five times more likely to cause damage

A nationwide study of driving habits in rental cars has revealed that female customers are considerably more likely to exceed the speed limit than their male counterparts.

Telematics technology provider, In-Car Cleverness, which monitored the hire of more than 10,000 rental vehicles over a six-month period, recorded the surprising findings.

Analysis using a device increasingly used to lower insurance and manage costs showed that women exceeded the speed limit 17.5% more on average. Despite that, they returned far fewer cars to the rental company with damage than men.

In-Car Cleverness found that 84% of the cars returned with dents, scratches and punctures had been rented by male drivers. It also recorded a rather more expected link between damage to rental cars and the number of speeding incidents recorded in those vehicles.

Paul O’Dowd of In-Car Cleverness, said: “While the number of cars damaged by the opposite sexes varies, the behaviours which result in damage are consistently similar. The statistics show a clear correlation between vehicle damage and instances of speeding, harsh braking and acceleration.”

In-Car Cleverness analysis showed men had braked harshly on average 11 times while using the car and women 12 times. This figure was dramatically higher for women who had damaged the cars, with an average of 30 instances of harsh braking recorded. In comparison, men who returned vehicles with damage braked harshly 15 times on average.