From 26 October to 1 November, all of the UK’s 43 police forces are set to engage in a national effort to help reduce uninsured driving levels. 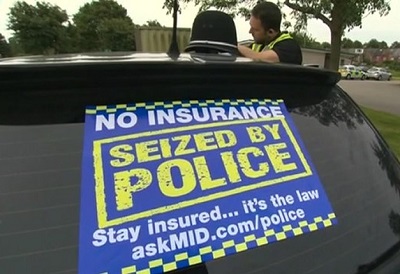 Each year in the UK over 130 people are killed and 26,000 are left injured in collisions caused by uninsured and untraced drivers, linking to nearly one in every five road traffic collisions.

Evidence also shows drivers without insurance are more likely to commit a ‘hit and run’ and be involved in other crimes, be it using a stolen vehicle, driving while disqualified or substance abuse.

MIB, which is funded by insurers and ultimately consumers to provide financial support to victims of uninsured and untraced collisions, paid out £322 million in compensation in 2019.

Whilst figures from the Department for Transport indicate these collisions cost the economy a further £2 billion a year in emergency services, medical care, loss of productivity and property damage.

The number of claims for compensation from victims of uninsured drivers have fallen 26% since 2016. However, with so many people suffering financial hardship due to the disruption of Covid-19, there are growing concerns that this could result in more people breaking the law and driving without insurance.

Anna Fleming, Chief Operating Officer at MIB, said: “We’ve made great strides in getting more people to drive insured in recent years, but the sad reality is with Covid-19 putting so many people under financial strain, uninsured driving levels could creep up. Everyone suffers the consequences of uninsured driving. We’re fully committed to our partnership with the police so we can get as many people as possible to drive insured to make roads safer and fairer for everyone.”

Commander Kyle Gordon, Head of NRPOII, said: “Many people will see uninsured driving as a victimless crime at best, or as only impacting on the profits of large insurance companies at worst. This is not the case. We know from our work in roads policing that uninsured drivers are statistically significantly more likely to cause a death or injury on the road, which too often sadly brings devastation to victims, families and communities up and down the country. They are also frequently involved in wider road crime.”

Last year 137,410 vehicles were seized for no insurance which equated to one seizure every four minutes.

Police can access the Motor Insurance Database (MID) which is a central record of all live motor insurance policies, to quickly spot if a vehicle appears to be uninsured. If disputed by the driver, MIB can quickly liaise with insurers to confirm if valid insurance exists.

Drivers without insurance face their vehicle being seized and potentially crushed, along with a £300 fixed penalty notice and six licence points.

They can also be referred to court and face an unlimited fine and a driving ban. Uninsured convictions also show on basic Disclosure and Barring Service (DBS) checks which can impact employment prospects.

To check if a vehicle is showing as insured on the MID, drivers can look for free at www.askmid.com.