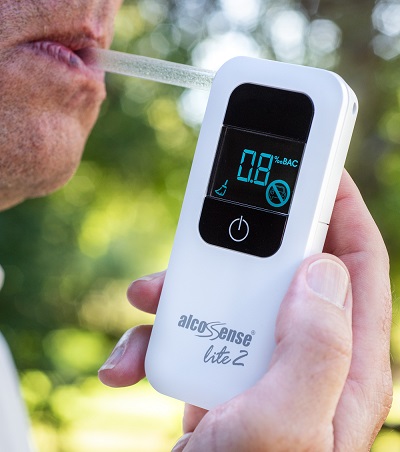 Today marks the fifth anniversary of the drink drive limit being lowered in Scotland – and 80% of Scots say the rest of the UK should follow their example.

This move left England, Wales and Northern Ireland with the highest drink drive limit in Europe (along with Malta).

When asked whether the limit should be cut across the UK to the same level as Scotland a resounding four out of five Scots agreed, according to a survey by breathalyser firm AlcoSense.

A third of respondents also thought that the Scottish drink drive limit should be reduced to zero – as in countries such as Hungary, Russia and the Czech Republic.

A further 20% said the limit should be lowered to 20mg of alcohol (0.20‰BAC), which is the recommendation of the European Transport Safety Council and applies in Norway, Poland and Sweden.

The study of 1000 people in Scotland found that 53% of motorists have now reduced the amount of alcohol they drink, when they know they are driving either later the same day or the following morning.

The research revealed, tellingly, that two thirds of Scottish motorists would not now drive even after one alcoholic drink  – whereas prior to the law change they would have driven after one or two drinks.

“Based on these findings, the number of drivers on Scottish roads with alcohol in their system has significantly reduced”, comments Hunter Abbott, Managing Director of AlcoSense Laboratories.

“The risk of being in a fatal accident increases exponentially as blood alcohol levels rise – even if you are below the drink drive limit.

“With just 10mg (0.10‰BAC) of alcohol in your blood (one fifth of the Scottish limit) you are 37% more likely to be involved in a fatal crash*.  Being under the legal limit does not mean unimpaired.

“With so many Scottish motorists converting to driving with no alcohol in their system at all, the roads are safer than before the law change”.

Interestingly, 42% of Scots surveyed claimed that the lowering of the drink drive limit has resulted in them consuming less alcohol generally.

Over three quarters of people in Scotland (77%) were in favour of the new law when it was introduced, but an even higher number (83%) support it now based on their experience of the past five years.

“Motorists should either abstain completely or use an accurate personal breathalyser to check they are clear the following morning”, adds Mr Abbott from AlcoSense.  “Our top range products use the same fuel cell sensor as several UK and European police forces.

“However, although most Scottish motorists have adjusted their habits and now drive when completely clear of alcohol, the number of drink drive prosecutions has stayed relatively consistent over the last five years**.

“This is because there will always be a hard core of motorists who drive under the influence, no matter what the law says – whether due to ignorance, arrogance, or social and addiction issues.

“The limit change will not have an effect on these drivers until they are caught – which requires the return of greater Police numbers, more breath tests and a well-funded and consistent anti-drink drive awareness campaign”.