The government is committed to phasing out the sale of new petrol and diesel cars and vans by 2030. All new cars and vans will be fully zero emissions at the tailpipe from 2035.

The consultation aims to build on their 2019 and 2020 work, and it seeks views and evidence from all those with an interest in what an innovative and flexible regulatory framework should look like for emerging transport technologies and puts forward specific proposals.

The rollout of charging infrastructure is critical to achieving their ambitions. Over 25,000 public chargepoints are now available but it must go further and faster. Infrastructure that is easy to use, accessible and affordable is vital in supporting motorists to make the switch to using electric vehicles. 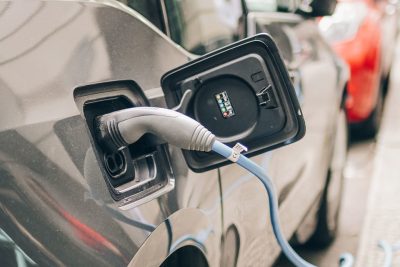 The Office of Zero Emission Vehicles (OZEV) is seeking views on new primary legislation that would give the government powers to introduce requirements in 4 areas.

They are asking for views on whether to introduce:

This will ensure that there is a sufficient charging infrastructure and appropriate consumer protections in place to meet the needs of electric vehicle (EV) drivers. The government would consult on the detail of any secondary legislation to use these powers.

Statutory obligation to plan for and deliver a charging infrastructure

Planning and delivering EV infrastructure that meets the current and future needs of residents, businesses and visitors is critical.

An improved EV infrastructure will enable them to meet the 2030 and 2035 phase-out dates of combustion engines and the transition to zero emission vehicles. It will also help to balance chargepoint provision across the country.

EV infrastructure is particularly important for the 8 million households who cannot install a home chargepoint, as well as businesses and visitors needing access to chargepoint infrastructure while travelling.

Currently, local charging infrastructure provision (on-street and rapid hubs) is installed at the discretion of local authorities (LAs). Many LAs have taken positive steps towards planning for this infrastructure provision. Others have not yet identified what is needed and risk not meeting the current and future needs of their communities.

LAs mostly deliver charging infrastructure where private chargepoint operators are not expected to invest because of current low demand and a lack of commercial viability. Delivery is particularly focused on on-street locations.

However, as the transition to electric vehicles accelerates, it is expected that there will be increasing viability for chargepoint operators to deliver at these locations. In this scenario, they expect that an LA’s role will be to plan the best locations for operators to install chargepoints, to support residents.

There is unlikely to be a single chargepoint provision solution that meets the needs of every LA area. This is because of varying population densities, the mixture of urban and rural areas and the nature of local economies. Local communities will rightly expect to be closely involved in the planning and delivery of EV infrastructure in their areas.

As the pace of the transition to EVs increases, charging infrastructure provision needs to be available, affordable, and secure across the whole country. Doing so will reduce the country’s impact on climate change, improve air quality and create economic opportunities.

What requirements are they proposing for LAs in England and Wales?

Ahead of any secondary legislation to introduce the statutory requirement, the government will consult on the duty, including any relevant definitions, metrics and other measures applicable.

One option is to place this duty on the LAs in England and Wales. This would help ensure that measures align with wider local transport planning and that local resident and stakeholder views are embedded in the process.

Other options include placing the duty on chargepoint operators themselves, or energy companies. The government welcomes views on questions about introducing a statutory obligation to plan for and provide charging infrastructure.

An important benefit of electric vehicles is that they can be charged wherever they are parked provided there is a suitable chargepoint. Drivers without off-street parking at home are restricted to using public chargepoints on streets, the wider road network or in car parks. By requiring a minimum number of chargepoints in car parks, this will help create certainty for drivers that they will be able to charge at their destination.

The new powers will provide government with the option to intervene to ensure there is sufficient charging infrastructure to support the transition to EVs. They do not have immediate plans to use these powers and will continue to monitor the delivery of charging infrastructure, using the powers if they deem it appropriate. They expect the private sector will increasingly install chargepoints in their car parks as the EV transition accelerates, without the need of these regulations. Should they seek to introduce requirements and use these powers, they would have to introduce secondary legislation and run a further consultation.

Where would their proposal apply?

They propose powers that would bring in new requirements applying to:

Should they use these powers, they will consider whether there should be exemptions in certain circumstances. For example, exemptions may be considered where costs to install are excessive or where there is insufficient electricity supply.

They will also consider whether there should be a minimum number of spaces in a car park before the regulations apply e.g. only in car parks with more than 10 parking spaces.

What is the minimum level of charging infrastructure proposed in non-residential car parks?

They are not specifying a proposed minimum level of charging infrastructure, as this will be considered at a later stage taking into account consultation responses. As a guide, in the 2019 consultation on potential requirements for new non-residential buildings to install chargepoints, they proposed that every building with more than 10 car parking spaces within the site boundary should have:

In the proposal, who will have the duty to install the EV charging infrastructure?

They propose that the duty to provide EV chargepoints will fall on the landowners of the car park. Landowners would be able to work in collaboration with leaseholders, car park operators, developers and other bodies to install and manage the EV infrastructure. They would not be able to pass on their duty to ensure provision.

Landowners may be able to share cost depending on their contractual arrangements.

How will this be enforced?

Should they use these powers, they would seek to identify an appropriate enforcement body that can operate at a local level to monitor the implementation of the requirements. For example, they are considering local weights and measures authorities or LA building control bodies. It is proposed that enforcement bodies will be able to apply a scheme of penalties.

The Rapid Charging Fund is a new £950 million fund. It will future-proof electrical capacity at motorway and major A road service areas to support the phase-out of petrol and diesel cars and vans.

The fund will support the cost of providing additional or upgraded electrical connections at motorway and major A road service areas.

The fund is England-only as the provision of transport infrastructure is devolved.

The fund will be administered by a delivery body which will:

There is a legal risk to the fund because the majority of motorway service areas in England have an exclusive provider of open access chargepoint services. This could lead to any funding being challenged on state subsidy or other grounds.

The Competition & Markets Authority completed a study of the EV charging market in July 2021 and decided to open an investigation into these existing agreements at 3 of the major motorway service operators under the Competition Act 1998 they await the outcome of this investigation.

Because of the strategic importance of these sites, and to avoid any delay to the Rapid Charging Fund, they have concluded they will need to act to reduce any potential risk to the fund in the future.

They are considering taking new powers to make the exclusive elements of existing chargepoint service arrangements void and unenforceable.

To ensure long-term competition is maintained at these sites, they are considering requiring service area operators and large fuel retailers to:

The effect of this will be create more competition between chargepoint service providers at these sites for the benefit of consumers, and to reduce the legal risk to the fund.

They are considering requiring existing providers of chargepoint services at motorway service areas to make their chargepoints open access rather than only open to an exclusive network or group of networks or manufacturers. This would also extend to existing agreements for such services, which would be rendered void and unenforceable if the network were not to be opened.

To ensure there is sufficient chargepoint availability at these strategically important sites on the network, they are considering further extending the powers of government to mandate that service area operators and large fuel retailers must meet minimum chargepoint numbers at specific sites, and at increasing levels over a period of time.

The consultation period began on 28 September 2021 and will run until 11:45pm on 22 November 2021. Ensure that your response reaches us before the closing date.

Further copies and alternative copies of this consultation document, such as Braille and audio CD, for example, can be requested at FutureOfTransport@dft.gov.uk.

You may send your consultation response: