April marked the sixth month of rising petrol prices with another penny being added on at the country’s forecourts, new RAC Fuel Watch figures reveal. 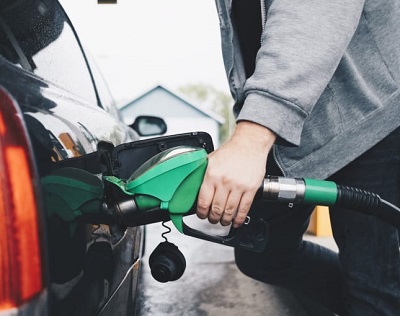 But with the cost of a barrel of oil having risen by nearly $5 ($4.82) during April, and now standing at $66.93, wholesale petrol and diesel prices are also now on the rise which is likely to translate into even higher pump prices for drivers in May.

Despite continued concern on world markets over the impact of the Covid-19 pandemic, there are hopes for a recovery in the demand for oil by the summer, which is starting to push the oil price close to the $70 level – a price last seen in May 2019. If combined with a decision at the start of June by major oil producing nations to continue to restrict oil production, this could push the oil price still higher. In this case, wholesale prices would also rise and UK drivers would likely feel the increases when they come to top up their tanks.

Motorists can keep control of their fuel spend by seeking out the cheapest forecourts, usually the supermarkets. The ‘big four’ – Tesco, Asda, Sainsburys and Morrisons – are currently charging 4.5p less per litre of unleaded than the UK average (122.67p), and 4.19p less per litre of diesel (125.54p). At the opposite end of the scale, compared to average UK prices it costs 18p more per litre to fill up with petrol or diesel at motorway services (unleaded at 144.98p and 147.89p).

The RAC believes drivers of diesel vehicles are being particularly hard done by when it comes to pump prices, given that the wholesale price of the fuel is virtually the same as unleaded, and has been since the beginning of March. Despite this, motorists still have to pay on average 2.5p more per litre than those running petrol vehicles.

RAC fuel spokesman Simon Williams: “April marks six months of rising petrol prices and sadly there’s no end in sight as oil is getting perilously close to hitting $70 a barrel – something we haven’t seen for more than two years. If oil breaks this threshold, it will inevitably spell more bad news for drivers at the pumps.

“With lockdown restrictions easing, it’s very frustrating for drivers that they’re now having to contend with even higher fuel prices just at the point where many will be driving a lot more. But unfortunately, it’s the very fact people are driving more that’s causing petrol prices to go up as demand for oil – and in turn fuel – begins to outpace supply.

“The saving grace is the relative strength of the pound compared to the US dollar on world currency exchange markets. As oil is traded in dollars, a stronger pound means it costs less to buy for refining into motor fuel. If the value of the pound were to tumble, we’d all be paying much more at the pumps than we are at the moment.

“Progress in the global battle against the coronavirus will be critical in determining where fuel prices go from here. The success of domestic vaccination schemes could lead to greater demand for fuel and in turn rising prices due to global supply restrictions. Ongoing travel restrictions in other countries around the world may also prolong oil output restrictions and force fuel prices in the UK higher still.

“Currently, diesel car drivers have genuine cause to feel let down by fuel retailers as they should really be paying a lot less per litre to fill up as the wholesale price has been similar to that of petrol for most of April. Despite this, diesel is 2p a litre more expensive than petrol at 129.73p.”