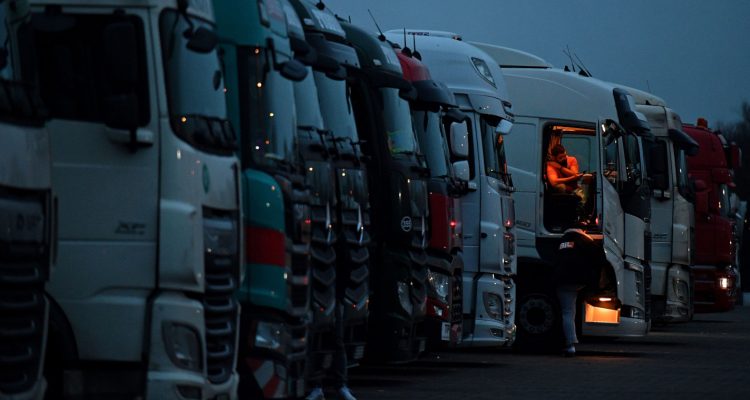 The HGV driver shortage has been brought into sharp focus in recent months, causing significant supply chain delays across multiple sectors. However, it is an issue that has been around for a long time.

The crisis has been exacerbated by the COVID pandemic, which led to new driver testing being suspended for much of 2020. The knock-on effect was to delay entry to the sector for would-be drivers. A sector which was already under strain owing to its reliance on overseas labour, which has only been compromised further by Brexit.

To fix this problem, there needs to be a long-term solution. The introduction of the three-month foreign visa scheme that the government announced in September is a positive step but the impact will be minimal  and it is not a viable long-term solution.

HGV drivers deal with some of the most unpleasant working conditions around. Drivers typically deal with unsociable working hours, poor conditions for rests and frequent overnight stays out on the road. The lifestyle of a HGV driver makes it an unappealing job, particularly to young people and women who make up just 1% of Britain’s HGV driver workforce.

So, how can the government tackle the crisis in a long-term way? With HGV driving being a particularly unattractive career option, the government, alongside service providers, must instead look at ways to improve wages, working conditions and training to make it an appealing career choice for a wider group of people. Below are just a few ways that the career perceptions of HGV driving can be tackled, and, hopefully, lead to a long-term solution to the driver shortage crisis.

Being an HGV driver is a highly skilled and demanding job, which should be reflected in their pay. Across the UK, there have been some increases in pay, as demand for drivers has understandably increased in recent months. In particular, some businesses have increased salary levels to around £40,000 to £50,000 a year, and Waitrose for example, has raised its salaries significantly to £53,780. Increasing salaries is likely to improve employee satisfaction and make the job look more appealing to others.

Clearly, we need a more sustainable solution for this issue. More companies need to be evaluating their pay of drivers in the long-term to restore faith in the industry. 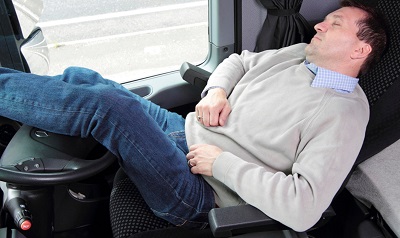 Poor working conditions for HGV drivers are also a contributing factor to the shortages in the UK currently.

In a BBC interview with HGV drivers, the poor working conditions that drivers face on a day-to-day basis were laid bare. These included the poor facilities they were forced to use and inadequate conditions for rest and overnight stays. Worryingly, conditions for UK drivers are also deemed to be significantly worse compared to other European countries.

Similarly, safety is also a concern for many HGV drivers, due to the expensive trucks and cargo they need to carry. Drivers have a responsibility to protect the expensive cargo, which creates a security risk for the drivers themselves as they can become a target for theft. Round the clock security in service car parks would protect drivers and allow them to get the rest they need, with security there to protect them in the process.

To combat the above factors, the UK government must evaluate the concerns of drivers and work alongside service station owners to improve working conditions where possible. For example, providing higher-quality showers, laundry and kitchen facilities will reduce the strain placed on drivers when on the road, and can contribute to a happy workforce that feel like they are being listened to.

Women are seriously under-represented in the sector, with HGV driving often stigmatised as being a ‘man’s job’.

A platform that allows female drivers to speak to other women about their job and experience can help break down the stigma. For HGV companies, attending careers fairs at schools and colleges will also allow young women to gain a greater understanding of life as an HGV driver and any concerns from potential candidates can be answered.

Similarly, government funding for female-focused training schemes is another way to show women that they can be included and welcomed into the occupation. Some independent haulage companies are already working hard to do this. In particular, JJ Foodservice has launched a recruitment campaign, including an apprenticeship programme, which has received 1,500 female applications. Evidently, women are interested in becoming drivers, and finding ways to promote careers to them and answering their concerns could be a key step in tackling the driver shortage crisis in a more sustainable way.

Invest in training for young people

According to the Road Haulage Association, the average age of an HGV driver is 55, with only one per cent of all drivers being under the age of 25. The ageing nature of the occupation can be solved by the government backing of training programmes for young people.

The government recently simplified the HGV training and test process, however, it remains expensive which can understandably discourage people from taking part. The cost of becoming a driver is currently estimated to be between £3,000 and £5,000, creating a barrier for many young people.

Many companies are now looking to recruit and train their own drivers, however, this can be a significant investment for employers in the provision of training and allowing time for the employee to learn and develop new skills.

The UK government has recently introduced changes to the Ministry of Defense’s Career Transition Partnership, increasing the 100 training places for veterans to 350. Although this is a positive step for bringing in new drivers, it does not solve the problem of HGV driving being an ageing occupation. Government subsidy for driver training for young people would solve this issue and provide a longer-term strategy.

Overall, improving the working conditions for HGV drivers, attracting more individuals to the sector, and listening to current drivers’ concerns will make a significant difference to the long-term strategy of the current driver shortage crisis.

The UK government should remember that improving these working conditions, and supporting the training of new drivers, will help to create a long-term solution that can sustainably tackle the driver shortages that have gripped the sector for the last 18 months.