Volkswagen In A Class Of Their Own 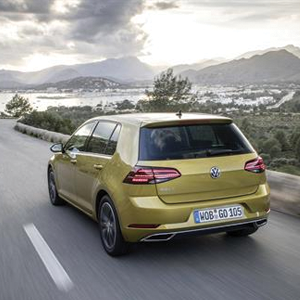 The success story of the Volkswagen Golf, Tiguan and Touran has entered the next round.

With almost a million deliveries to customers over the past 12 months, the Golf, with its different body variants, continues to be the Volkswagen brand’s most successful model. The Golf hatchback is especially popular and has a strong lead in its segment in Germany and Europe.

The Tiguan also convinced many customers, with about 730,000 units delivered throughout the world, representing remarkable growth of 40 percent compared with the previous year. The long version, the Tiguan Allspace, which was introduced in 2017, also played its part in this growth. The Touran was handed over to about 150,000 customers throughout the world.

The Golf, with its three body variants hatchback, estate and SV, has already been in the fast lane for more than three decades. To date, over 34 million units in seven generations have rolled off the production line, including almost one million in 2017. The Golf hatchback retained a commanding lead in its segment in Germany and Europe. The Golf estate recorded the strongest growth in the Golf family, at +11 percent compared with the previous year.

In 2017 the Tiguan was the Volkswagen model with the strongest growth, achieving a remarkable rise of 40 percent compared with 2016. All in all, this successful model was delivered to about 730,000 customers around the world. After China, Germany was the largest individual market for this model. In its home market, the Tiguan is by far the leading model and is also among the best-selling SUVs in Europe. The new Tiguan Allspace has played its part in the success. This SUV, with a length of 4,701 mm (215 mm longer than the standard version), is available with seven seats and closes the gap between the Tiguan and the Touareg luxury SUV.

In 2017 the Touran was delivered to about 150,000 customers across the globe. Demand is especially strong in Europe, where the Touran is among the most popular models in the MPV segment. The largest single market for the advanced compact model with comprehensive assistance systems and up to 7 seats is Germany, where the model has led its segment by a wide margin for several years.