Vantage GTE: The Birth Of A Champion 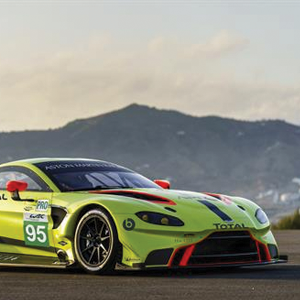 Following the Vantage GTE from initial concept to launch, the nine-minute film shows what it takes to build a new race car alongside a new road car, launching both earlier this week in London.

Aston Martin President & CEO, Dr Andy Palmer said: “We decided to replace the current Vantage road car and – since it’s really necessary to take race technology from the track to the road and from the road to the track – it’s really important that we design both simultaneously. It’s always important that you have a champion and Vantage is our champion.”

The film covers the 18 months that it took to turn a concept into a thoroughbred race car, a car that will take on the might of Ferrari, Porsche, Ford, Corvette and BMW at Le Mans next summer.

The team at Aston Martin Racing were building up the tub of the new Vantage GTE in June when they had to take a break in order for all hands to be on deck at Le Mans. It was the right call as the team went on to win the most famous endurance race in motorsport with the #97 V8 Vantage GTE of Darren Turner, Jonny Adam and Daniel Serra.

After completing a successful shakedown in August, the Vantage GTE has so far completed over 14,000kms of testing, in the UK, Spain and at Sebring in the U.S.