Spaghetti Junction served up on a plate! 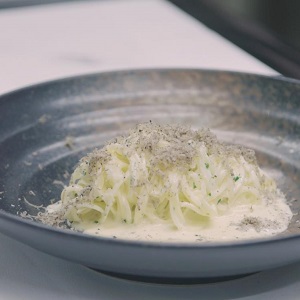 It’s a feat of engineering for some, a source of frustration for others…but for an award-winning chef Spaghetti Junction is a veritable feast on a plate!
Michelin-starred chef Glynn Purnell has created a mouth-watering dish based entirely on the ingredients which get from plot to plate at his Birmingham restaurant via the well-known structure.

He and Highways England also aim to raise the profile of the 2018 Year of Engineering campaign designed to encourage more young people into the industry.
Glynn said: “It was a tremendous honour to be asked by Highways England to create a special dish as a tribute to Spaghetti Junction. I also took it very seriously as it means an incredible amount to me as a proud Brummie.

“I use the road at least four to six times a day and for me it is more about traffic, it is symbolic of Brummies and their sense of humour which comes across in the name of the road. I’m proud to have a restaurant in Birmingham and Spaghetti Junction is an essential part of helping to get daily produce here to the restaurant from places across the country such as Cornwall.

“My children always chuckle when I mention Spaghetti Junction to them because they imagine it is like a piece of spaghetti, a drawing on a piece of paper. But it’s important that they think about the world around them and how things are built and constructed.

“It is great that the Year of Engineering is calling on youngsters to think about a career in the sector because without engineering we wouldn’t have the road and it is a crucial part of helping people to access the wonderful city of Birmingham. There will always people that poke fun and criticise it, but for me, the road does more good than bad and I think we’d be lost without it.”

By bringing young people face to face with engineering experiences and role models, the Year of Engineering campaign aims to showcase the creativity and innovation of engineering careers and widen the pool of young people from all backgrounds who are willing to consider the profession, diversifying a workforce that is 91% male and 94% white.

Highways England’s emergency planning officer Frank Bird is responsible for managing traffic flows around the structure and has done so for the past 14 years. He was the lucky recipient when it came to tasting the dish. 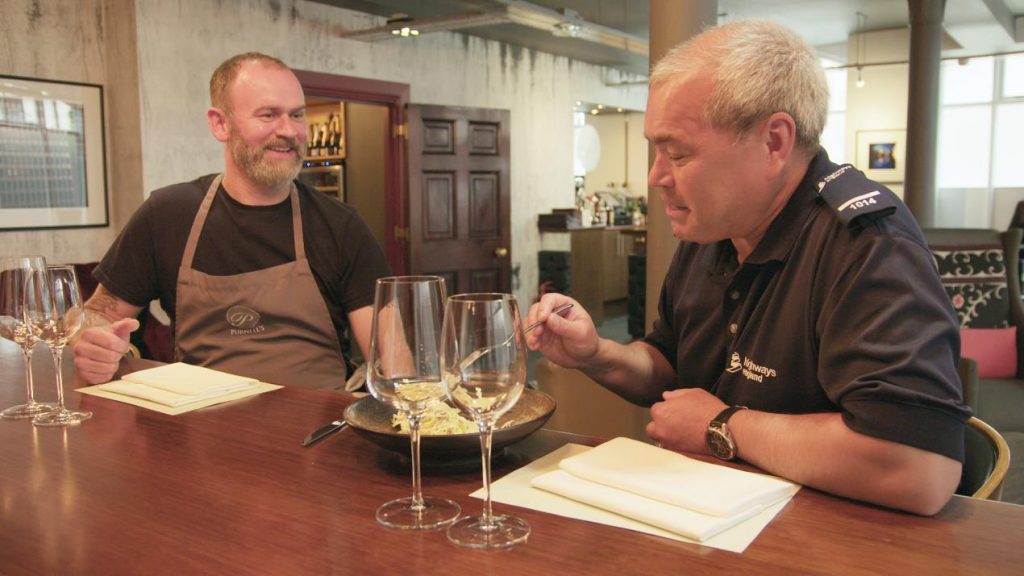 Frank said: “It was a real earthy dish and it certainly showcased the variety that comes into the kitchen through Spaghetti Junction every day. It tasted delicious and it is a privilege to have someone like Glynn Purnell recognising the significance of the road and its role in serving the people of Birmingham and beyond.
“The Year of Engineering is crucial in helping to get the budding engineers of tomorrow thinking about the world around them and the 50th anniversary of work starting to build Spaghetti Junction is testament to what can be achieved by talented engineers.”
Any young people inspired to explore a career in engineering are encouraged to visit the Year of Engineering website which has further information.

The recipe for Truffled A38:

Method:
1. Using a vegetable spiralizer, prepare the celeriac and potato into vegetable “spaghetti”.
2. Put the cream into a large sauté pan and reduce by half, add the celeriac and potato
and cook over a medium heat for 2-3 minutes until al dente, add the cheese and stir in
to incorporate.
3. Add the parsley and season with salt and ground ginger.
4. Using a pasta fork twist the vegetable spaghetti and place into a serving dish, spoon
the creamy sauce over the top.
5. Finish by grating fresh truffle over the top.