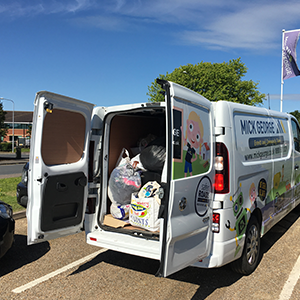 Residents in the 24-storey Grenfell Tower were evacuated from their flats in the burning building in the early hours of the morning, and with smoke still bellowing out of the structure, many residents were forced to sleep in makeshift shelters last night.

At least 70 people have been confirmed to have been taken to five hospitals in London for treatment, with many more expected to be announced in the near future.

The tragedy has left hundreds of people without their possessions, food and drink. A number of locations have been set up throughout the county for you to offer your assistance. The early support has been magnificent, with numerous Mick George vehicles already full and ready for distribution to the Grenfell site.

Donations of the following items would be much appreciated:

If you would like to help, you can drop off at the following nearby locations: